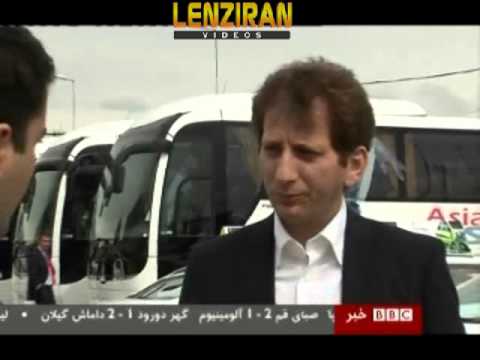 Writing for Radio Free Europe/Radio Liberty, Farangis Najibullah and Arash Hassan Nia profile Babak Zanjani, the billionaire who has been arrested on corruption charges in a case linked to the Ahmadinejad Government and the former President’s senior advisor Saeed Mortazavi:

With an estimated net worth of nearly $14 billion, Babak Zanjani is possibly Iran’s richest man.

Little was known, however, about the tycoon at home or abroad until his name appeared late in 2012 in connection with Western economic sanctions imposed on Iran over its disputed nuclear program.

Now the man blacklisted by the European Union and United States for playing what they say is a key role in evading those sanctions is feeling the heat from Iranian authorities, too.

Zanjani, who has referred to himself as an “economic basij” after the Iranian hard-line militia, was arrested on December 30 on corruption charges.

It’s a remarkable turnaround in fortunes for Zanjani, whose business empire, the Sorinet Group, reportedly includes some 65 companies that operate in Iran, Turkey, the United Arab Emirates, Malaysia, and Tajikistan.

Zanjani — who the U.S. Treasury says was born in 1971 or 1974 — is involved in a wide range of business interests from cosmetics, hospitality, and transport to construction and banking. He owns a soccer club, Rah Ahan, and invests in Iranian cinema projects.

Zanjani, who mainly resides in Dubai and Turkey, has insisted in the past he is not involved in politics, saying, “I just do business.” However, in December last year the European Union named Zanjani “a key facilitator for Iranian oil deals and transferring oil-related money.”

In April, the U.S. Treasury Department imposed financial sanctions on Zanjani, along with several companies, accusing them of trying to evade the sanctions by moving billions of dollars on behalf of the government in Tehran.

At the time, Zanjani denied any wrongdoing and shrugged off the blacklisting, saying it was good for business.

But in recent interviews with Iranian media, Zanjani acknowledged that since 2010 he had been complying with a request by the Central Bank of Iran to help bring desperately needed oil revenues into the country.