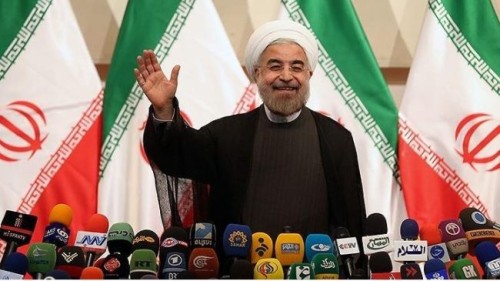 Grand Ayatollah Nasser Makarem Shirazi has reassured those worried about an opening-up of Iran’s social and political space: “After the inauguration of the new administration, some felt that freedom has increased and one can break the red lines, but President Rouhani is not willing to do this.”

Rouhani entered office with pledges to reduce censorship, lift bans on cultural organizations, and release political prisoners, including those held after the disputed 2009 Presidential election.

The President and his officials have tried to lead in social media with Twitter and Facebook accounts; however, efforts to open those and blocked websites to Iranians have been halting and have faced a vigorous fight-back by opponents. Some organizations such as the House of Cinema are operating once more, but other cultural activities have been suspended, sometimes at short notice.

As for the political prisoners, some lawyers, activists, journalists, and politicians have been released. Opposition leaders remain behind bars, however, and 2009 Presidential candidates Mir Hossein Mousavi and Mehdi Karroubi will soon enter their fourth year under strict house arrest.

Foreign Minister Mohammad Javad Zarif, speaking on a panel at the World Economic Forum on Friday, called for foreign fighters to leave Syria so that its people can decide their future.

Zarif said there can be no military solution to the conflict and Tehran hoped for a negotiated settlement.

There is no indication that Zarif referred to Iranian military advisors in Syria as “foreign fighters”.