Syria Spotlight: Razan Zaitouneh “Why the West is Wrong” 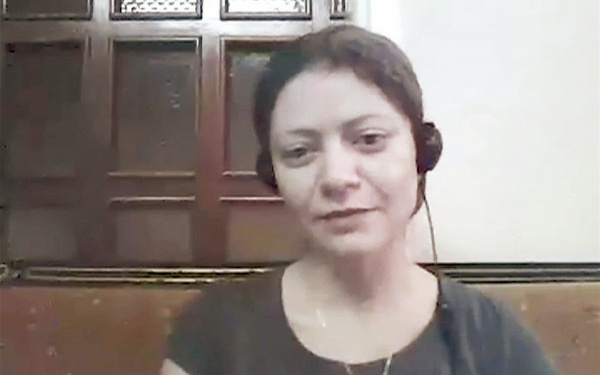 On Monday night, Razan Zaitouneh — lawyer, human rights activist, and co-founder of the Local Coordination Committees of Syria and the Violations Documentation Center — was abducted, along with three colleagues, from the VDC office in the Damascus suburb of Douma.

On August 21, Zaitouneh and the activists of the LCC and VDC went to the scene of the Assad regime’s chemical weapons attacks near Damascus. This was her column for Damascus Bureau almost two months later, critiquing the response (or lack of it) by Western powers:

Why the West is Wrong on Syria

Why does the West insist on dealing with our dead and injured as if they were less valuable than a Westerner – and as if our casualties don’t even deserve respect or compassion?

After the chemical massacre in Syria’s two Ghoutas, we believed that the world would, at last, take our interests into account in one way or another. We did not believe that, upon seeing hundreds of dead children, the international community would act only in favour of its narrow interests.

The chemical massacre was a milestone, not only in the Syrian revolution, but also in the Syrians’ consciousness and minds.

I witnessed the massacre myself. I saw the bodies of men, women and children in the streets. I heard the mothers screaming when they found the bodies of their children among the dead

As a human rights activist who has always believed in the humanitarian principles of the United Nations, I can talk for hours about the psychological breakdown and the amount of humiliation I felt after the adoption of UN Security Council resolution 2118. This resolution implies that Bashar al-Assad will continue to rule Syria for at least one more year, with the international community’s acquiescence. The resolution also reveals the lie we have all been living regarding the human rights principles that have not been applied, not even in form, in Syria. If this is how I have been affected, how does the ordinary Syrian citizen, who has never believed our misleading slogans about human unity and equality, feel after suffering such discrimination and injustice?

The world goes further in disrespecting the sufferings of the Syrians by awarding the Nobel Peace Prize this year to the Organization for the Prohibition of Chemical Weapons. This award shows the West has exchanged its moral ethical obligations for the legal ones.

Meanwhile Assad, the real criminal, is free because no one cares.

Appeals have become useless, as if there is a thick wall preventing all calls from reaching the “civilized” West, a region that continues to chart the future of our revolution as if our citizens and rebels no longer exist, and to turn a deaf ear to the will and aspirations of Syrians who have worked hard to make the revolution happen.

Now, scenarios for Geneva 2 conference are being suggested along with the many leaks about the proposed American and Russian solutions. The Syrian opposition is being pushed to attend and comply.

The West is trying to repeat the Iraqi scenario in Syria in a terrifying, paradoxical way as it refuses to do what it should do under the pretext of not turning Syria into a second Iraq. Yet it practically does nothing but continue to observe the destruction of the Syrian state and society in a way that leaves no space for reconstruction for decades to come, especially with regard to the divided social structures.