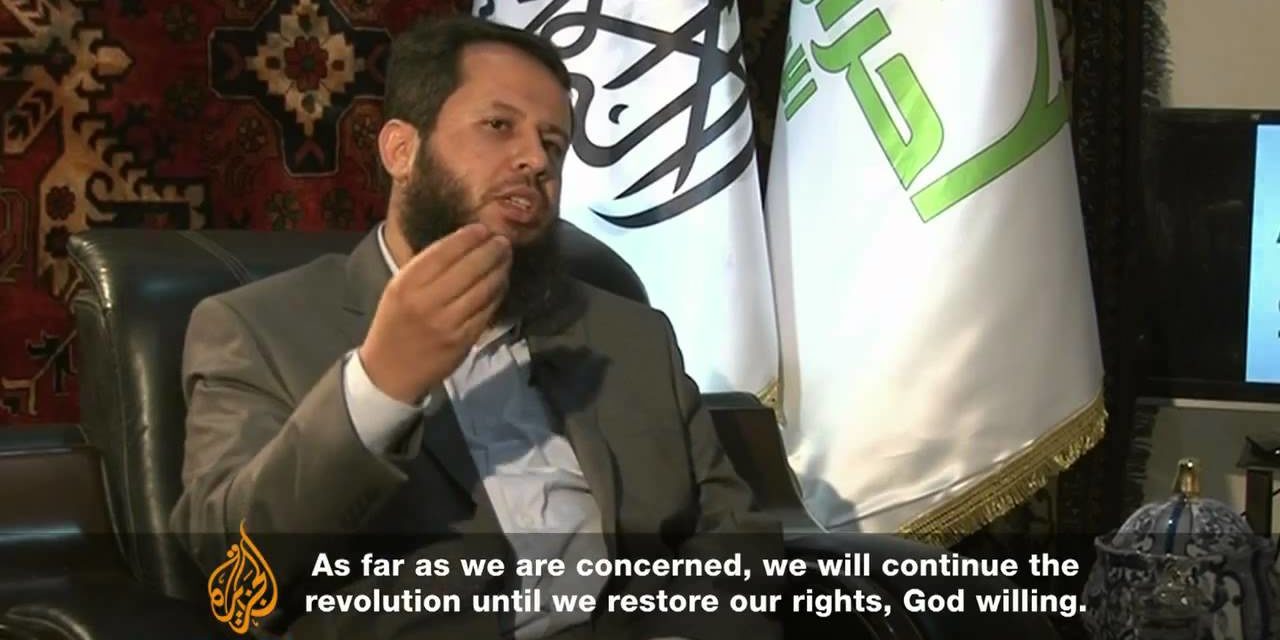 The head of Ahrar al-Sham, the largest insurgent group in Syria, has spoken to Al Jazeera about his desire for an “Islamic state” and his rejection of the proposed international “peace” conference in Switzerland.

Aboud said that his vision of the “Islamic state” in Syria is part of a future in which countries come together, just like the European Union.

On the question of rights for minorities, Aboud said that the Islamic system of equality is “not the same as that in the West” but “we have a special system of rule which guarantees freedom and justice for all”.

As for the proposed international meeting to resolve the Syrian crisis, scheduled for January 22, he said:

The regime has put a precondition on the Geneva conference that it will not hand over power.

By whose authority or power would anyone go to negotiate?

Whatever comes out of it, is binding only on the Syrian National Coalition [the leading political opposition bloc outside Syria]. As far as we are concerned, we will continue the revolution until we restore our rights and our dignity.

Aboud condemned the killing of civilians in the conflict, saying Ahrar al-Sham targeted only “the oppressive institutions of the regime: the army, security forces, the mercenaries who came from the regime’s allies like Iran and Hezbollah.”

The Ahrar al-Sham leader said his forces had not received any weapons from a State outside Syria, although he said “private donors” had provided assistance.