US Foreign Policy Spotlight: Is Democracy Promotion in the Middle East Dead? 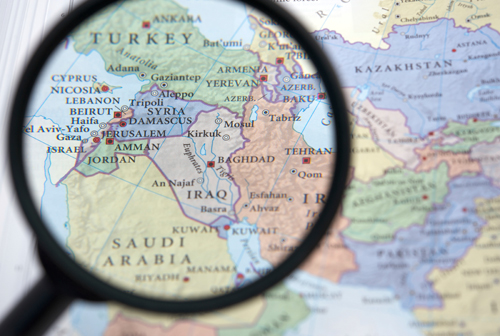 President Obama’s speech to the United Nations on September 24 cited four core US interests in the Middle East — confronting external aggression to the US and its allies, ensuring the free flow of oil, dismantling terrorist networks and preventing the development of WMDs ––and two key priorities, focusing on the Middle East Peace Process and diplomacy with Iran.

Democracy promotion seemed much further down the list, and Obama made his administration’s willingness to work with Arab autocrats clear.

This represents a de-prioritisation of democracy promotion in the Middle East, but we should not be surprised. The Obama administration has never had an overarching ideological or strategic commitment to fostering democracy in the region; instead, its level of commitment to Arab democracy has fluctuated, depending on whether policy-makers see it as a vehicle to achieve the core US objective of a stable Middle East or not.

From 2009 until the Arab Spring, the administration pursued engagement with friendly autocrats such as Mubarak, and soft-pedalled democracy promotion. The Arab Spring produced a shift to a largely reactive and disjointed policy of supporting democratic transitions or movements on a tactical case-by-case basis when it was believed that doing so could achieve stable and friendly democratic governments.

Thus, the US acquiesced in the fall of Ben Ali, a dictator in a country marginal to US core interests; it withdrew its support for Mubarak to head off incipient anarchy or an Islamist revolution, hoping that liberals would dominate a transition; it backed the monarchy in Bahrain for geopolitical reasons; and, in Libya, it supported an intervention driven, at least rhetorically, by Human Rights considerations, not democracy promotion.

Continuing instability in Libya and Tunisia, and the decrease of US influence over Egypt’s military-backed government indicate to policy-makers that the gamble on Arab liberalism which the post-Arab Spring US policy towards these countries constituted has failed to produce the political stability which is the key US priority in the region.

The administration has now chosen to back existing Arab governments, as long as they support US security priorities, rather than weak liberal movements, as vehicles for the achievement of US interests.

While this is an increase of 1% from the previous year, it hardly shows a serious commitment to political reform.

Furthermore, the Middle East Partnership Initiative, the premier US government channel for funding democratic civil society groups in the Arab world, is to be integrated into the State Department’s Office of the Co-ordinator for Middle East Transitions.

While MEPI has not been an unqualified success it has sometimes bypassed Arab autocrats to support liberal groups and acted as a pro-reform voice within the US government. MEPI’s further integration into the State Department bureaucracy is likely to curb both these roles, leaving friendly Arab autocrats little to complain about.

This also removes impediments to these Arab autocrats’ co-operation with the US’ new emphasis on securing Middle Eastern stability through intergovernmental relations, represented by Obama’s renewed focus on Israel/Palestine and Iran. Without effective US government pressure on autocrats to open up political space and effective programs to strengthen liberal groups in the Arab world, there can be no progress on democracy promotion.

It seems clear that Obama has resolved the dilemma faced by his own administration and George W. Bush’s — i.e. whether to support Arab liberals and risk anarchy or Islamism, or to support Arab autocrats and risk destabilising explosions of popular rage –– by choosing to support the autocrats. This dilemma will recur under subsequent administrations, and there is an important section of the wider foreign policy elite which will push for a resumption of democracy promotion.

However, the next administration will be even more poorly placed to pursue it. Soft-pedalling democracy promotion now means that Arab liberals will be weaker; over-bureaucratisation of the democracy promotion machinery will erode its effectiveness; while the US’ decreasing leverage over Middle Eastern governments due to growing Russian and Saudi influence will reduce its ability to pressure dictatorships in the region.

About the author: Robert Pee has recently gained his PhD from the University of Birmingham. His research interests are US democracy promotion, soft power, covert operations and national security policy.