Moadamiyyat Ash Sham — Does Anyone Care? 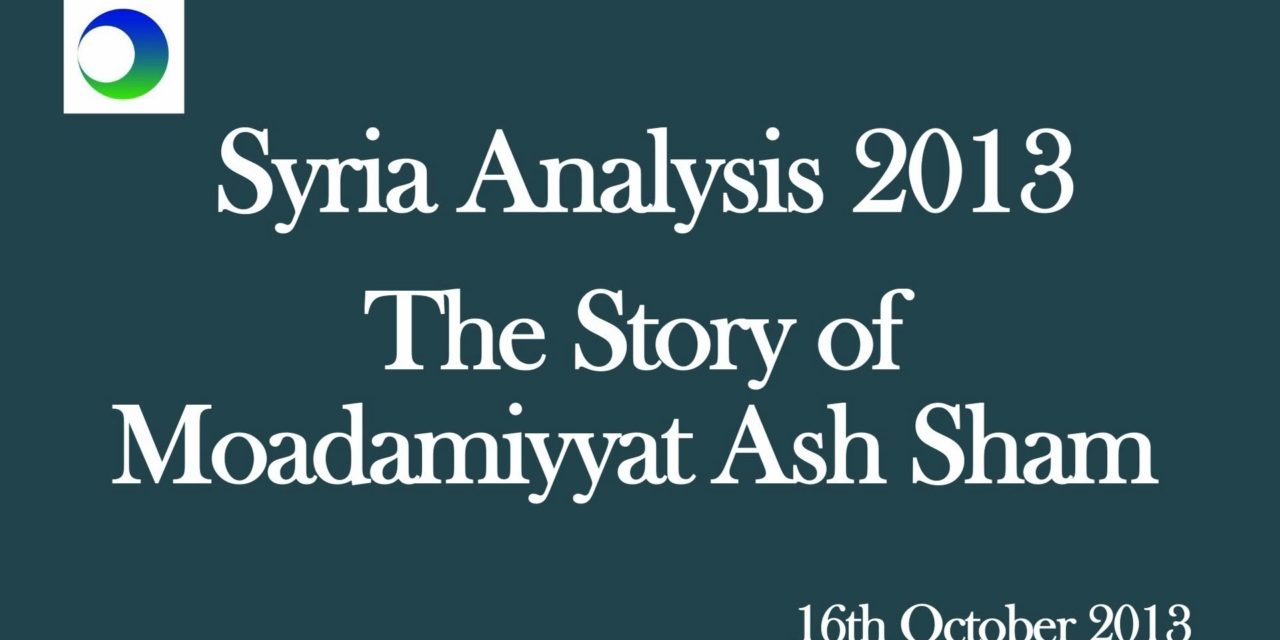 “To the southwest of Damascus, there is a town called Moadamiyyat Ash Sham. Chances are that you have never heard of it, but is in this town that one of the most tragic and significant stories of Syria’s conflict is taking place.”

This is not just the story of an ongoing tragedy, something to pull at the heart and to remind us of the toll of this conflict.

It is a story with a lesson.

You have probably not heard of Moadamiyyat Ash Sham for the last month. Instead you have heard about the confiscation of Syria’s chemical weapons or the supposed tales of “extremists” who are now dominating Syria’s insurgency.

If you do not take action, there is nothing that will be done for those 10,000 people still in Moadamiyyat Ash Sham. You are going to continue to watch as people continue to starve, disappear, and die.

Or, rather, you may choose not to watch, but that price will still be paid.

For months, the town has been besieged by regime forces, cut off from food and supplies. It has been bombarded for weeks, with a short pause only after the Syrian military hit the town with chemical weapons on August 21.

Just over a week ago, Syrian authorities allowed the evacuation of at least 1000 people from the town — activists say they do not know where they are. Meanwhile, President Assad’s military continues to steal food aid for the 10,000 who remain in Moadamiyyat.

On Sunday, regime forces attacked the town from the west — the same route taken to evacuate civilians last week — and got about 200 meters inside it.