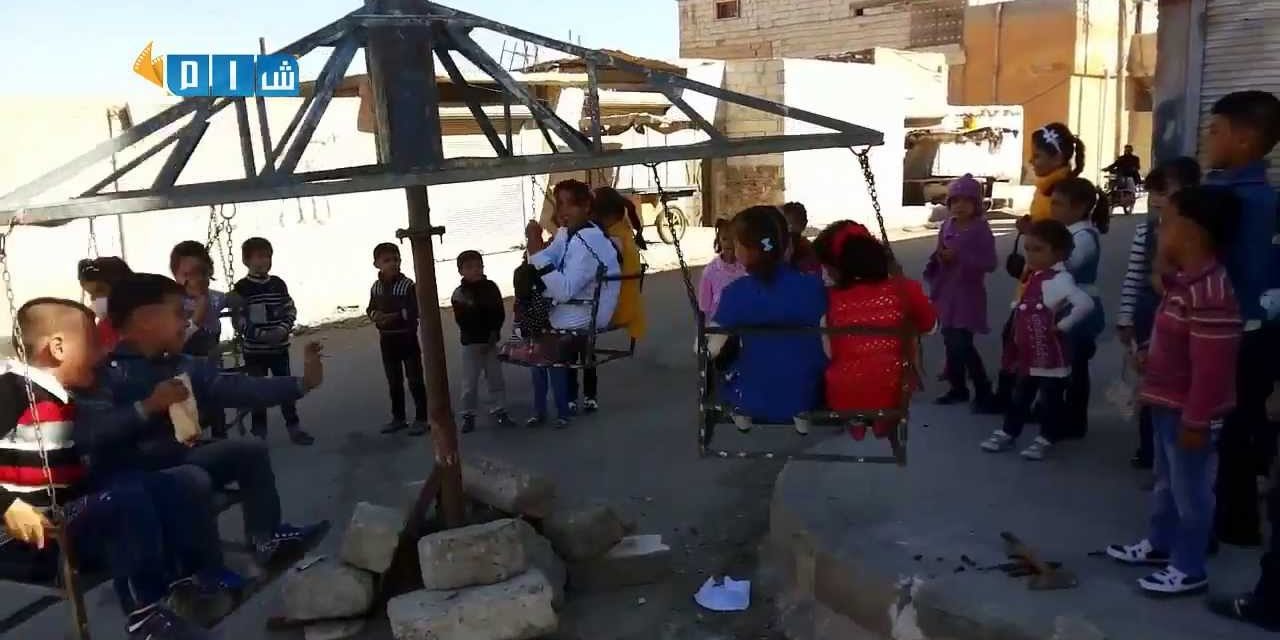 Images and videos of Syrians celebrating the Eid Al Adha holiday, the second most important holiday in the Muslim calendar

Eid Al Adha (The Festival Of Sacrifice) celebrates the willingness of Ibrahim (the figure known as Abraham to Jews and Christians) to sacrifice his son Ismail when God commanded him to do so.

One tradition is to sacrifice a sheep (or in some cases a goat) to remind people of Ibrahim’s obedience to Allah. The meat is then shared out among family and friends, and the poor get a share as well.

Another Eid tradition is to donate money to charity, so that less fortunate people can afford to celebrate as well.

In Raqqa, children celebrate amid a holiday atmosphere:

The holiday has a far more somber feel in Qalat Mudiq in Hama Province, where these local people visit the graves of people killed in the conflict:

Also in Homs, activist Abu Rami Al Homsi shares these images of Eid sweets he made.

In Ibtaa, Daraa Province, people gather for an Eid protest against the Assad regime:

There are Eid protests across Idlib Province as well (thanks to @omarsyria for the videos), including this event in Jabal Al Zawiye:

While activists and locals uploaded footage of Eid celebrations in various opposition-controlled areas, notably absent are videos from the Damascus suburbs, where citizen journalists told EA on Tuesday that the regime has intensified its shelling on the first day of Eid.

While we have not found any videos yet from Damascus, this image, from Jobar, shows an Eid protest in the neighborhood: