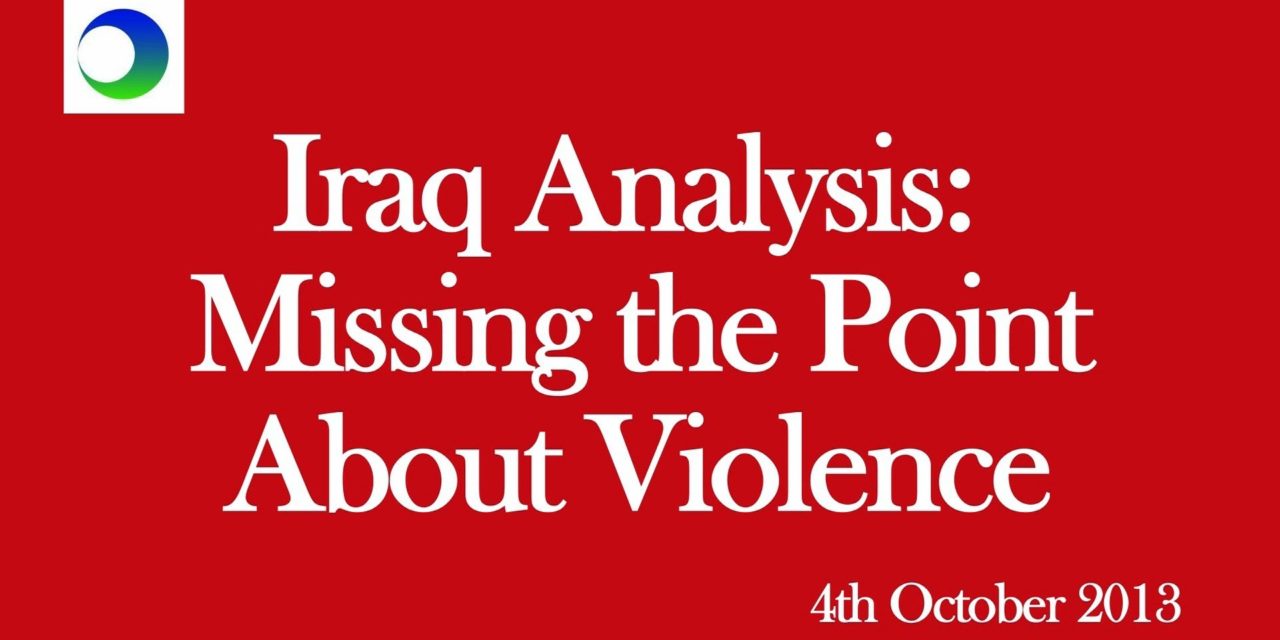 Amid the escalation of bombings, shootings, and deaths in Iraq — almost 6000 people have been killed this year, the worst toll since 2008 — a 5-minute analysis of the causes of the violence….

Is the current spate of violence a result of Al Qa’eda, sectarian conflict, local issues, or a power vacuum generated by US withdrawal?

1. “Let’s be very clear here. Bombings do not occur simply because someone is evil or they support Osama bin Laden. Violence occurs because of local conditions.”

2. A recent Washington Institute for Near East Policy report “never notes the death sentence handed down on the Vice President of Iraq, who happens to be a Sunni; it never notes an attack on another Minister, killing his bodyguards, last December; it never notes attacks by security forces on protesters; it never notes mass detentions”.

It never notes this “because it must always be Al Qa’eda that is the primary cause, and it must be some vague notion of Shia groups fighting Sunni groups”.

3. “The story is not one that the US could have fixed Iraq after 2006 but it suddenly withdrew. Iraq has been broken since 2003, and it will continue to be broken until you have a Government which commands the legitimacy of all groups in the country.”