Iran Feature: How Not to Write All-Is-Well Propaganda 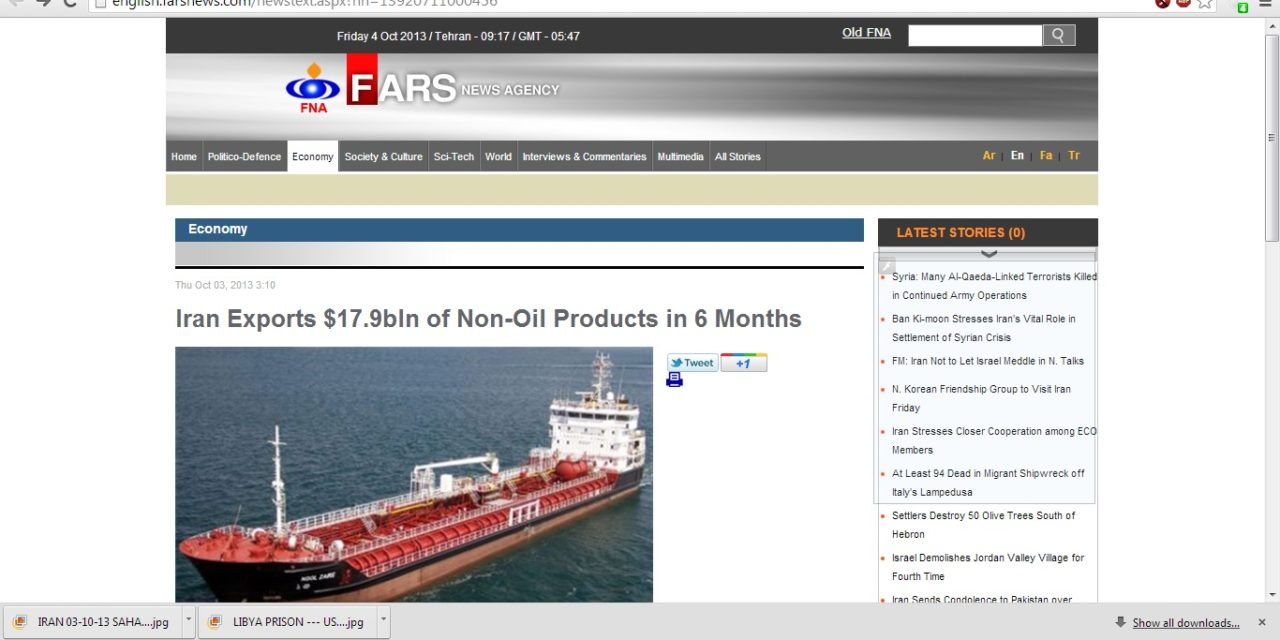 Fars News, the outlet of the Revolutionary Guard, is often an EA source for propaganda declaring that All-Is-Well with the Iranian economy.

Occasionally, it offers a bonus with an attempt that goes wrong — if you make it to the bottom of the article.

Today is one of those days.

The outlet headlines, “Iran Exports $17.9bln of Non-Oil Products in 6 Months“, following up with a series of numbers which are supposed to show triumph over “the US-led western sanctions imposed against the country”.

So All is Well — until you do some basic maths.

So Tehran’s success this year in non-oil exports is actually a drop of almost 13%.