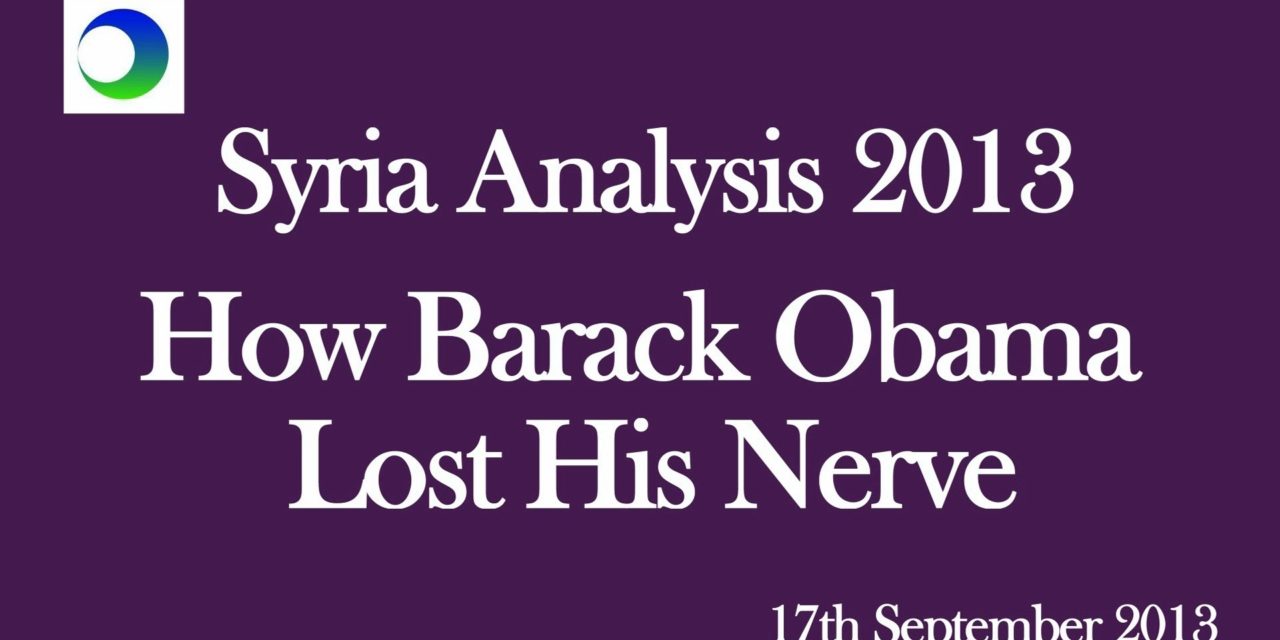 “This is a story of a sudden change in American policy, which took place not over months or weeks but within 24 hours. This is a story of how an American government which said it was going to support Syria’s insurgency and opposition — to at least contain President Assad — has suddenly walked away from it.

“This is a story of how, after more than 2 1/2 years of the Syrian conflict, is no longer central to that conflict but is on the sidelines.”

3. What Does It All Mean, for the United States and for Syria?