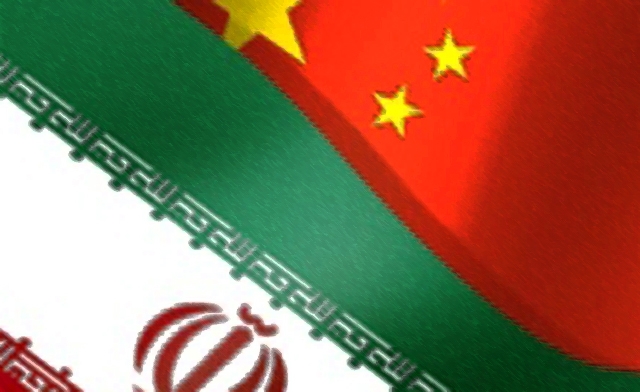 Iran’s influential Assembly of Experts, concluding a two-day meeting on Wednesday, put out a general statement with a focus on the Syrian crisis:

“We call on scholars of the Muslim world, the scientific and academic centers and the elites to deal with the Takfiri Salafi current, which is heresy in religion and is not in conformity with Qur’an and Islam…and to condemn this current and any form of fratricide.”

The insult “takfiri” (Muslim heretic) has been long used by Hezbollah leader Hassan Nasrallah to chide his opponents, but it has been adopted by Iranian outlets since the spring to tarnish the Syrian insurgency.

The Assembly of Experts also targeted the foreign supporters of that insurgency in its declaration:

“We reiterate that the Islamic Republic of Iran has never wanted to interfere in the internal affairs of other countries.

We warn the US, Israel, and European governments not to be the starters of a new disaster in the Middle East and not…stain their hands with the blood of innocents and if they are [truly] the advocates of freedom and democracy, let the people of countries freely determine their own fate.”

Such rhetoric is far from unexpected. Far more intriguing this morning is an indication of unhappiness by the Revolutionary Guards, through its outlet Fars News, with China.

Fars used an interview with Tehran University academic Seyed Mohammad Marandi to tell Beijing to take action in support of the Syrian regime and Iran:

“It is surprising that China is somewhat quiet because at the end of the day the United States’ objective is to drive China out of West Asia and North Africa along with Russia and Iran. The US has already succeeded in expelling China from two oil rich countries, meaning Libya and South Sudan.

I think maybe the Chinese do not fully recognize the implications of the US gaining full control of West Asia and North Africa.”

For China standing against the US aggression in Syria is of utmost importance…..I don’t think it’s an exaggeration to say that the US would like to humiliate China along with Russia by presenting them as impotent in the face of American power.”

In a major development for Iran’s strategy in talks about its nuclear program, President Rouhani has given responsibility to the Foreign Ministry.

Rouhani’s announcement, announced on his Presidential website, takes the file — including discussions with the US and other powers — away from the Supreme National Security Council.

The SNSC, which has always had the brief for the talks, is seen as answerable to the Supreme Leader to the President.

Foreign Minister Mohammad Javad Zarif has kept his promise of using Twitter to “#interact and stay in touch” by responding to comments by three other users.

As EA’s Joanna Paraszczuk has observed, Zarif has utilised social media to present a moderate line on Syria.

Zarif used this opportunity on Twitter to further distance the new administration from the infamous holocaust-denying comments of Mahmoud Ahmadinejad; clarify his use of English for Twitter and Persian for Facebook; and to reiterate that Iran does not possess nuclear weapons.

@sfpelosi Iran never denied it. The man who did is now gone. happy new year.

@deboltcarpentry we do not have nukes. they do.

Supreme Leader: Chemical Weapons Attack is Pretext for “Mistake” of US Intervention in Syria

In the contrast to Foreign Minister Mohammad Javad Zarif’s shift to a moderate line on the Syrian conflict, the Supreme Leader has maintained a “hard-line” position:

In the case of Syria, the chemical attack is a pretext and they say they want to get involved because of humanitarian issues. America has made a mistake in Syria and will certainly suffer loss.

Ayatollah Khamenei’s comments to the Assembly of Experts were put out on Twitter by his office:

Leader: US of #Guantanamo & #AbuGhuraib,the US that supported Saddam in using #CW in war on #Iran, now brags humanitarian claims 4 #Syria?

Ayatollah Khamenei:a group of #Takfiris deviated from #Islam &a group pretending 2b #Shias act in favor of enemy,sow discord among #Muslims

Fars News has published an interview with Mohammad Reza Sadeq, one of President Rouhani’s advisors, in which he claims that the tweet sent out by Rouhani’s English-language account wishing Jews around the world “a blessed Rosh Hashanah” was “fabricated.”

The President has since retweeted Foreign Minister Mohammad Javad Zarif’s Rosh Hashanah greeting, as well as a link to Rouhani’s “congratulatory message” in Persian.

Congratulatory message on occasion of Rosh Hashanah in Persian http://t.co/riNlueSucy

The reformist daily Shargh, interviewing a Chamber of Commerce official, says 40 ships with food for Iran have been waiting in the Persian Gulf for one month, as the United Arab Emirates has delayed payments for imports of Iranian gas.

Iran’s Foreign Minister Discusses Use Of Force In Syria

Foreign Minister Mohammad Javad Zarif has used his English-language social media platforms — Twitter and Facebook — to consider the issue of the use of force in Syria following the chemical weapons attack.