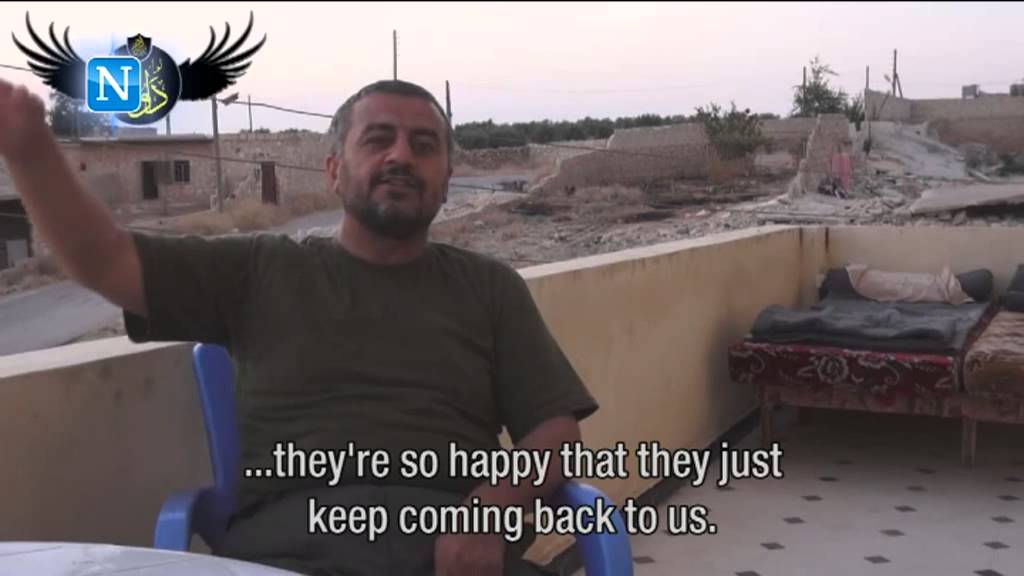 Another development in the story of Iran’s military in the Syrian conflict, with new footage of the Revolutionary Guards and Esmail Heydari, the Iranian veteran and filmmaker who died making a documentary about a Shia militia that includes foreign fighters and which has been active in defending Shia shrines in Damascus.

After Heydari’s death, the Iranian media — including outlets linked or close to the IRGC — said that he had been in Syria to film a documentary about the conflict, from Iran’s perspective. Iran’s then foreign ministry spokesman, Seyed Abbas Aragchi, also commented on the deaths of filmmakers, referring to the death of another Iranian filmmaker, Hadi Baghbani, who was killed in Syria either shortly before or at the same time as Heydari.

The insurgent brigade Liwa Dawood, which ambushed a small group of Iranian-trained militia Liwa Abu Fadl al-Abbas in Aleppo Province — an attack in which Heydari was killed — has given additional clips from Heydari’s camera to a Dutch channel which first covered the story last week.

Missing essential context, the channel continues to exaggerate the story — both of the Iranian role in Syria and of the specific role of Esmail Heydari, a veteran who was filming a documentary about Tehran’s military and the militias being trained and “defending” Shia shrines.

So, leaving out the hyperbole and dramatic headlines, what can the edited clips add to EA’s analysis of the case?

The new footage begins with Iranians at prayer in a “village school”, which fits the “defence of Shia Islam and shrine” theme of the unfinished documentary.

A clip of Heydari (who is again mis-labelled as a “commander” with no reference to the fact that he was in Syria to film a documentary) also points to why the Iranian-trained militia was ambushed by insurgents near a site known as the “poultry farm” in the southern Aleppo countryside near the town of Asal, far from the Damascus shrine also featured in the raw footage.

And Heydari, through these clips from his unfinished documentary, confirms other indications that the training of the militia is not just in Syria, as well as pointing to the link of Shia Islam: “Many of the people we work with now were trained in Iran previously. They’re familiar with our customs, which makes the co-operation easier.”

Heydari says the Syrian militia, who are “nicer than us”, need two things to fight: “Cigarettes and their local tea. Without tea or cigarettes, the war would be over?”

The current war in Syria is that of Islam versus the non-believers. Good versus evil.

We are “good” because Iran’s Supreme Leader is on our side.

This front is supported by Hezbollah. The fighters are Iranians, Hezbollah, the Iraqis, and Afghan Mujahideen, among others.

Perhaps most importantly, a new clip fills in the story of how a documentary turned into an insurgent ambush, killing Heydari and possibly his cameraman as well as some of the Syrian militiamen.

There is a shot of Heydari descending the stairs of the complex with the Shia shrine in Damascus. Asked, “Where are you going?”, he replies, “An area where they are attacking us” — presumably, meaning he was setting out to film the Shia brigade in the area around the “poultry farm” in Aleppo Province.

The Dutch piece returns to Heydari, explaining why the Iranian military’s training is more effective than that of its Syrian counterpart: “[Syrian officers say] we give commands, so do you. But we use force, and you use respect.”

And there is a reference to Iran’s “soft power” in the conflict:

Their army vehicles race past with no consideration for the population. We drive past slowly on the dusty roads so we don’t bother anyone….

We say hello to people. People trust us because of the way we behave.

We need to continue with these guys until this culture has been integrated.

He who shows respect will get it back.