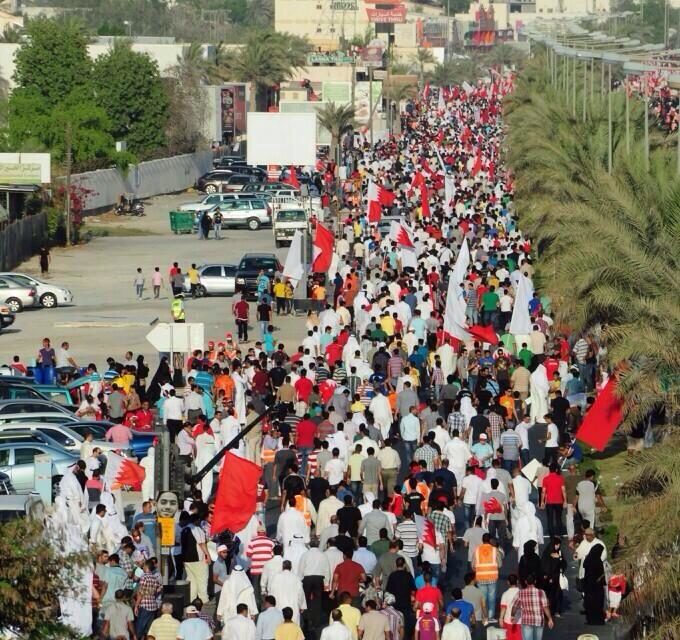 Thousands of pro-democracy protestors took to Bahrain’s streets on Friday, to demonstrate against the Sunni-led government and ruling Khalifa family.

The crowds called for the release of political prisoners and the resignation of Prime Minister Khalifa Bin Salman.

The English Twitter account for the Al-Wefaq National Islamic Society, the largest opposition party, has posted photographs showing thousands of people in a large rally in the capital city of Manama.

Today’s demonstrations were preceded on Thursday night by clashes between protestors and police in Shaharkhan village, west of Manama. Teargas was used to disperse the protestors, who the Interior Ministry claim had “hurled stones and petrol bombs.”

Despite a violent crackdown in early 2011 by the Bahrain government, who called in the Saudi military to crush protests, anti-government feeling continues to simmer among Bahrain’s Shia majority, erupting into protests like the ones seen on Friday.