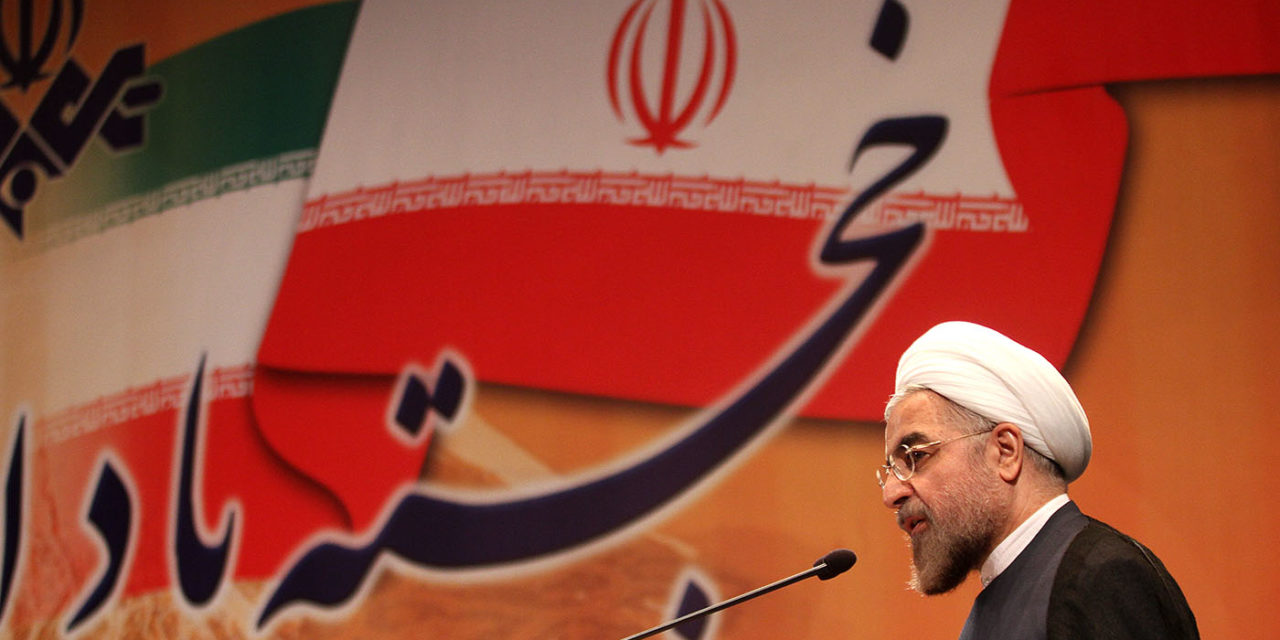 Parliament is scheduled to vote on Wednesday on each of the 18 Ministers nominated by President Rouhani, after three days of debate.

Most of the men are expected to be confirmed, but “hard-line” MPs may try to block three nominees — Oil Minister Bijan Namdar-Zanganeh, Education Minister Mohammad Ali Najafi, and Urban Development Minister Abbas Akhoundi — connected with the Mir Hossein Mousavi or Mehdi Karroubi campaigns in the disputed 2009 Presidential election.

Mousavi and Karroubi have been under strict house arrest since February 2011, and their supporters have been accused of “sedition”.

On Tuesday, Najafi defended his record, denying any connection with the mass protests after the 2009 election.

While there is no decision as yet about the Rouhani cabinet, the Supreme Leader — or his office — on Wednesday took the time to tweet about the violence in Egypt, and to offer some helpful tips to the Egyptian people. Ayatollah Khamenei even tweeted a graphic expressing his disdain of “Zionists” and the United States:

#Iran is concerned about #Egypt that is being pushed toward a CivilWar & it’s a disaster.Egyptian prblm is solved by ppl&elite of this cntry

#Iran brotherly proposes #Egypt-ians that they shud think of #solution on their own.Foreigners shudn’t be allow to make more interventions

In all these events,#Zionist regime sit and watch the situation of #Egypt w/ satisfaction. 06/08/2013 pic.twitter.com/Wux3zbSSnN

President Rouhani’s nominee for the position of Oil Minister, Bijan Namdar Zanganeh, has expressed his hope that he will win the confidence of the majlis.

He declared “Awareness and correct understanding of the [present] circumstances is a characteristic of the parliament.”

Zanganeh added that he would focus on using energy to diplomacy to resolve the economic problems caused by sanctions. He noted, “Sanctions are not limited to the petroleum industry and other sectors in the country are facing sanctions too. The necessary measures need to be undertaken by President [Hassan Rohani] in the foreign policy.”

The former oil minister also said that he welcomed criticism of his time in office, particularly the Crescent gas deal with the United Arab Emirates. He stated, “The MPs are often critical of ministers and that’s indicative of the liveliness of the parliament.”

Having submitted his plans to parliament Zanganeh said “I have not yet officially heard any criticism from the lawmakers.”

Zanganeh also declared that Iran needs a “real private sector” that can operate without “political meddling.”

Zanganeh’s appointment may be blocked by “hard-line” MPs because of his involvement in the 2009 Presidential election campaign of Mir Hossein Mousavi. He served as Minister of Energy in the governments of Mousavi and Akbar Hashemi Rafsanjani, and later as Oil Minister under reformist president Mohammad Khatami.

He has also come under some criticism by MPs for his association with Mehdi Hashemi, the son of former president Rafsanjani, who has faced charges of inciting unrest after the disputed 2009 election.

No Iran-Russia Deal on Replacing S-300

Russia’s state arms export company, Rosoboronexport, has said that there is no deal between Tehran and Moscow to replace the S-300 missile defence system.

Anatoly Isaikin, the company’s general director, said, “I will only be able to speak about that if there were any deals or when there would be deals, but there are none.”

Russia agreed to provide Iran with at least five S-300 missile defence systems but in September 2010 cancelled their delivery, on the grounds that the deal violated UN Security Council resolutions against the Islamic Republic.

Tehran responded by filing a complaint against Rosoboronexport with the International Court of Arbitration in 2011 but said in June that it will drop its case if Russia delivers the S-300 system.

Task Force Set Up to Fee Diplomat Abducted in Yemen

A task force headed by Director General for Iranian Expatriates’ Affairs Seyyed Kazem Sajjadi has been set up to visit Yemen to secure the release of an Iranian diplomat who was kidnapped in late July.

Nour-Ahmad Nikbakht, who worked in the administrative section of the Iranian embassy, was abducted by unknown assailants in Safr street in the capital city Sana’a.