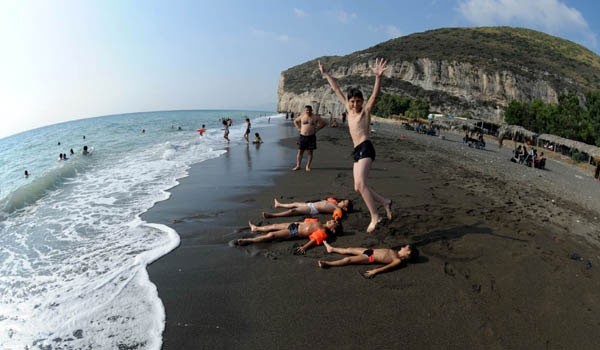 As fighting rages on, Syria’s State media steps up its propaganda war with reports claiming all is well in the Syrian Arab Republic.

Despite reports that civilians are trapped as heavy fighting rages across Syria’s major cities; that food is scarce and that shortages are likely to get worse; that prices are skyrocketing; and amid calls by human rights groups that the UN insist Assad’s government allow humanitarian aid to reach those in need, State news agency SANA continues to assert — bizarrely — that all is well in the Syrian Arab Republic.

SANA has published a series of photo reports that aim to show — against all evidence to the contrary — that the Assad regime is firmly in control, that life goes on as normal in major cities and the countryside and that ordinary Syrians are could not be happier with life.

On Sunday, SANA reported that “thousands” had flocked to the Bab Srijeh bazaar in the heart of Damascus, where they bought  meat, fruit, vegetables and fresh baked goods for Ramadan from smiling vendors who presided over their plentifully-stocked market stalls, while happy children looked on. 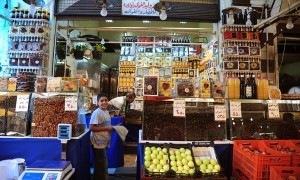 On Monday, SANA informed its readers of the happy news that Idlib Province is set for an excellent olive harvest this year. While the report did hint at some difficulties, with the Olive Department of the Ministry of Agriculture noting that the crop would be some 40 tons less than last year, an olive official glossed over any problems by explaining that the drop in fruit production was due to “price increases to production requirements” and also because peasants weren’t able to trim the branches properly. (He didn’t mention the conflict, of course.)

Lest a note of doubt creep in as to why Idlib’s peasantry might have difficulties getting to their trees to tend them, SANA ends on a positive note. Idlib, we learnm is not only famous for its olives, but “its yearly production covers the country’s needs of olive fruits, oil and other derivatives needed in many industries”.

That’s all right, then.

Should reports of bustling street markets and trees bursting with ripe fruit not be idyllic and pastoral enough, SANA tempts its readers to consider a beach vacation in Syria this year. In a photo report replete with images of frolicking children, and happy extended families, SANA boasts that the Qandil valley beach in Lattakia is  both “charming” and “distinguished with its balk sand and tranquility”.

Iran watchers will likely experience a sense of deja-vu as they read SANA English — after all, this relentless all-is-well propaganda resembles nothing so much as its Iranian counterpart. And that is no coincidence — while a great deal of fat has been chewed in the Western media about the Revolutionary Guards’ possible military interventions in Syria, the Islamic Republic has openly admitted one area in which its elite forces are active — the media.

Last November, Fars News — close to the Revolutionary Guards and in many ways its mouthpiece — opened a bureau in Damascus to “cover events in Syria and present a realistic view of them”.

As well as reporting from Syria, Fars signed a cooperation agreement with SANA to share information, which, as Fars’ director Sayyed Nizameddin Mousavi put it “affirm[ed] that media cooperation between Syria and Iran will relay the truth to the world.”