Syria Feature: The Siege of Aleppo 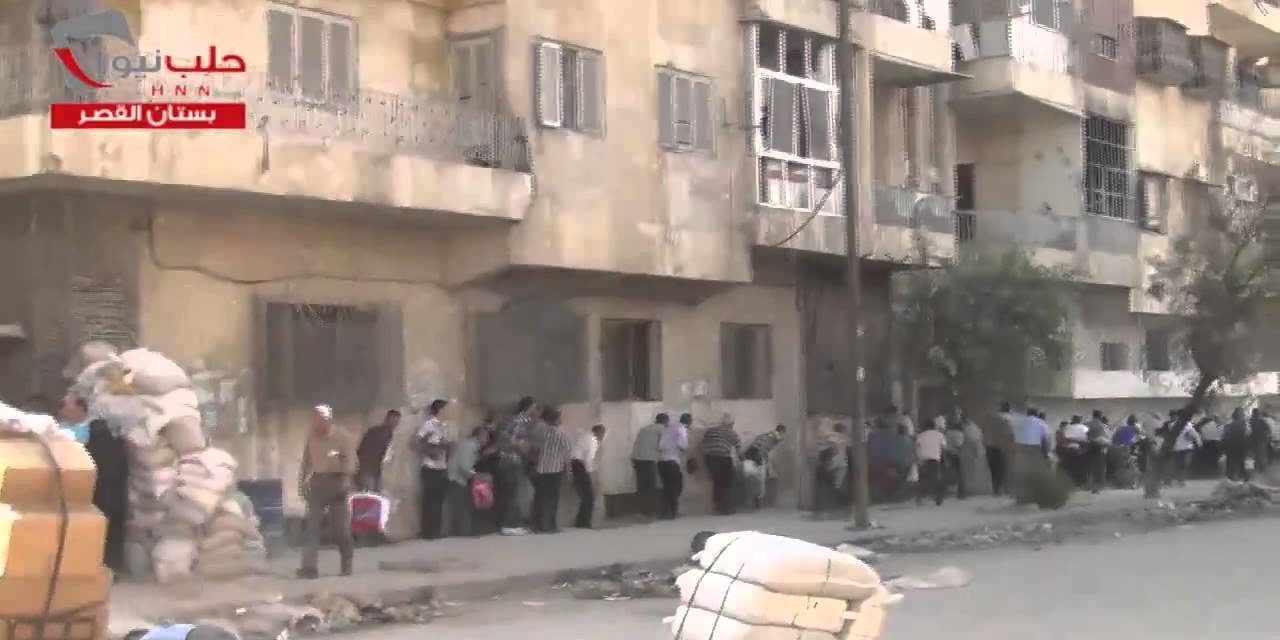 One of the emerging stories this month has been of the siege by insurgents of parts of Aleppo, possibly in preparation for an offensive against regime forces in Syria’s largest city.

While information from the ground has been sketchy, the story emerged of hardship for residents and protests, especially in the Bustan al-Qasr neighborhood near a key crossing — known as “Sniper Alley” because of the dangers of transitting there.

After insurgents allegedly fired on the protests last week, killing at least one person, the situation escalated. Subsequent reports said the Bustan al-Qasr crossing had been reopened, but this claim became tangled in claims of new fighting for control of the checkpoint.

On Monday, the Free Halab blog posted an extensive article, supported by videos, on the events. Included are these claims:

1. “Prices in regime-controlled areas skyrocketed, with basic products costing up to 10 times more than just a few weeks before, and then becoming unavailable altogether.”

“Whatever additional food people had with them was confiscated, so they were forced to smuggle meat in their pants, bread in pillows and empty tv-sets filled with basic goods.”

A guard explains the siege against the regime, saying insurgents take care of people by allowing them to cross with some food:

3. After the protests in Bultan al-Qasr, “the people then took [their complaints] to Liwa al-Tawhid, the largest [insurgent] brigade in Aleppo, who reportedly took over the crossing and opened it again without the recently imposed restrictions.”

Crowds then moved through the crossing, some facing sniper fire from regime forces.

4. The Islamic State of Iraq, releasing a statement, has tried to take control of the Bultan al-Qasr checkpoint this week.