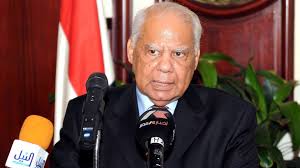 Both Saudi Arabia and the United Arab Emirates have moved quickly to support last week’s military takeover of power in Egypt.

On Monday, the Saudis confirmed $5 billion in aid and the UAE $3 billion for Cairo, which has been in urgent need of assistance for a declining economy since the 2011 revolution that toppled the Mubarak regime.

During a visit to Cairo by its Foreign Minister and National Security Council, the UAE — which has held up $3 billion pledged in aid in 2011 — extended $1 billion in grants and $2 billion in loans. The Saudis confirmed a $2 billion Central Bank deposit, $2 billion in energy products, and $1 billion in cash.

If delivered, the aid should help the interim Egyptian administration, which named economist and former Minister of Finance Hamza El Beblawi as Prime Minister on Monday, in critical areas such as energy supplies and foreign reserves. Cairo’s reserves are at $14.9 billion, below the minimum “safety net” set by the International Monetary Fund to cover three months of essential imports.

The steps also have interesting regional implications. In contrast to the Saudis and UAE, Qatar had extended billions in assistance to the Government of deposed President Morsi. There was no reaction yesterday from Doha, which has also been in a contest with Saudi Arabia over the arrangements for the opposition in Syria.

Lebanon’s March 14 Alliance, which opposes the Assad regime in Syria, said Thursday that a car bombing in a Beirut suburb on Wednesday occurred as a direct consequence of Hezbollah’s involvement in the Syrian conflict.

“The [March 14] Secretariat General denounced this terrorist act which harmed a residential neighborhood and left a number of people hurt or wounded…The Secretariat General has for months warned of the consequences of Hezbollah’s intervention in the Syrian crisis, which will reach everyone, without exception,” the statement added.

Egypt — Foreign Minister “Morsi Being Held for His Safety”

Foreign Minister Mohamed Kamel Amr said on Wednesday that deposed President Morsi is being held for his security: “Morsi is in a safe place and he is being treated with dignity.”

Azm said he was unsure of Morsi’s location.

Egypt’s chief prosecutor has ordered the arrest of the Muslim Brotherhood’s Spiritual Guide, Mohamed Badie, and nine other top officials on charges of instigating violence.

A spokesman said the men were wanted in connection with Monday’s events, in which clashes in front of the Republican Guards Headquarters — where former President Mohamed Morsi is reportedly being held under house arrests — killed at least 51 people. Almost all of the dead were Morsi supporters slain by gunfire by security forces.

Badie was briefly detained after last week’s takeover of power by the military. Other Brotherhood leaders, including Deputy Supreme Guide Khairat El Shater, were later seized and remain behind bars.

The spokesman for the Free Syrian Army, Louay Al Mokdad, told pan-Arab daily Alsharq Alawsat that the FSA condemned a car bomb attack in southern Beirut on Tuesday, saying that “such an attack is not compatible with the ethics and doctrine of the Free Syrian Army that fights for integrity and freedom in Syria.”

Al-Mokdad said the FSA considered Hezbollah responsible for the attack, accusing the Lebanese group of being indirectly responsible for creating a climate of violence because it had adopted sectarian rhetoric.

Meanwhile, Lebanese outlet LCBI reported Wednesday that calm had returned to Bir al-Abed in south Beirut on Wednesday, the location of the blast that injured 53 people. The bomb went off in a parking lot near the Islamic Coop supermarket, which is located close by Hezbollah’s “security square,” where many of the party’s officials reside and have offices.

The secular centre-right Istiqlal party has left the Moroccan Government, amid a dispute over subsidy cuts and economic policy.

Istiqlal, the second-largest party in Parliament after the moderate Islamist Justice and Development Party (PJD), said five of its six ministers had resigned.

The PJD will now have to find a new coalition partner or call elections.

Two Egyptians were killed and six wounded late Tuesday when attackers fired on a security checkpoint with rocket-propelled grenades in the North Sinai Province near Egypt’s border with Israel, security sources said.

Lebanon — “Most Victims in Tuesday Car Bomb Are Children”

Beirut’s Daily Star, following up Tuesday’s car bomb in a Hezbollah-led area that wounded 53 people, says the majority of the victims are children.

The Ministry of Health said Tuesday afternoon that 41 casualties had been discharged from hospital and the other victims had “non-serious” injuries.

A Hezbollah official denied that any of the organization’s members had been hurt in the blast, which occurred in the Bir al-Abed area.

The interim President’s office in Cairo has declared a “One Nation” initiative in the coming week.

“The Presidency invites everyone to participate in an overarching initiative whereby a humanitarian basis for coexistence shall be set,” the office declared, according to State outlet Ahram Online.

The office said interim President Adli Mansour will meet with political forces in the coming week to adopt a plan aimed at “avoiding bloodshed”.