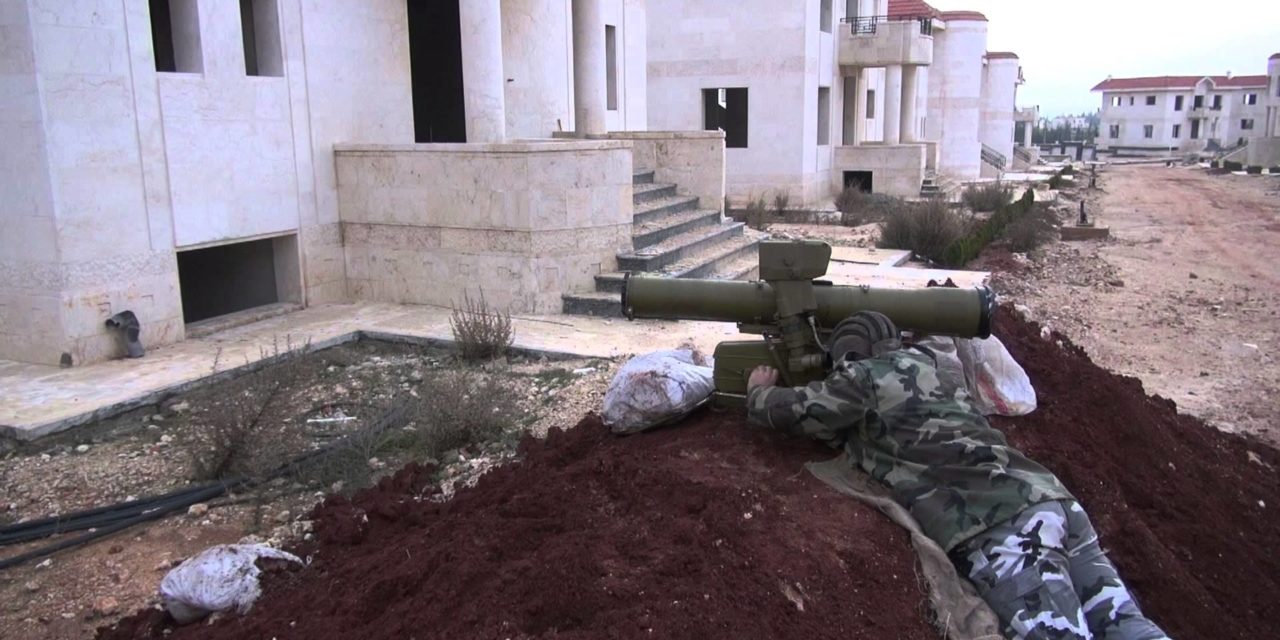 Following an announcement by Washington this week that the US was prepared for overt provision of arms to certain groups in the Syrian insurgency, Britain’s Daily Telegraph declared Wednesday that Syrian insurgents in Aleppo have received the first significant shipment of foreign-supplied weapons.

According to the Telegraph, insurgents told them that Saudi Arabia had sent Soviet-made Konkurs anti-tank missiles, as “the White House has lifted an unofficial embargo on its Gulf allies sending heavy weapons to the rebels”.

The problem with the article? There was no evidence other than the claim of a few insurgents that (a) the Konkurs weapons reently-arrived; that (b) they have been supplied by the Saudi government and that c) they have now shown up because Washington lifted a de facto embargo.

What is the real story here?

The 9M113 Konkurs is a semi-automatic command to line of sight (SACLOS) wire-guided anti-tank missile. It was developed by the USSR and entered into service in 1974. The Syrian Army also possesses the Konkurs, supplied by Russia.

In contrast to the Daily Telegraph’s presentation of the Konkurs’ appearance as a recent development:

1. Syrian insurgents have been using Konkurs anti-tank weapons since about December 2012, the same time as Croatian weapons — likely supplied by Saudi Arabia and supported by a covert multilateral effort, including the US, Britain, and France — were first spotted in Syria.

2. Video shows the use of the Konkurs in Idlib, Hama, Aleppo and Homs Provinces.

3. Video shows that Islamist factions possess and have used the Konkurs anti-tank weapons.

— HAMA, DARAA BRIGADE AND DESCENDANTS OF THE PROPHET BRIGADE

Footage shows a training session in the use of the Konkurs — the flag is that of the “Islamic State of Iraq”. According to the Wall Street Journal, the Majlis Shura al-Mujahideen (Shura Council) are a “small group of jihadists that was led by a Syrian who had trained in Afghanistan. Group dissolved after leader was killed in September; many fighters have joined [Jabhat] al-Nusra or Ahrar [al-Sham]”. http:

Video branded to the Liwa Dawoud Brigade, an Islamist faction in Idlib, shows a Konkurs rocket used to destroy a Syrian Army ZSU-23-4 “Shilka”. The location of the clip is not shown:

Konkurs used in “Battle Of One Body” to destroy a regime tank:

During the “Battle Of One Body”:

Beyond the Konkurs story, footage shows insurgents using supplied rockets and a rocket launcher in the village of al-Mughayyir in the North Hama Plain, west of Kfar Zita:

(Thanks to blogger Brown Moses for sharing some of the videos.)