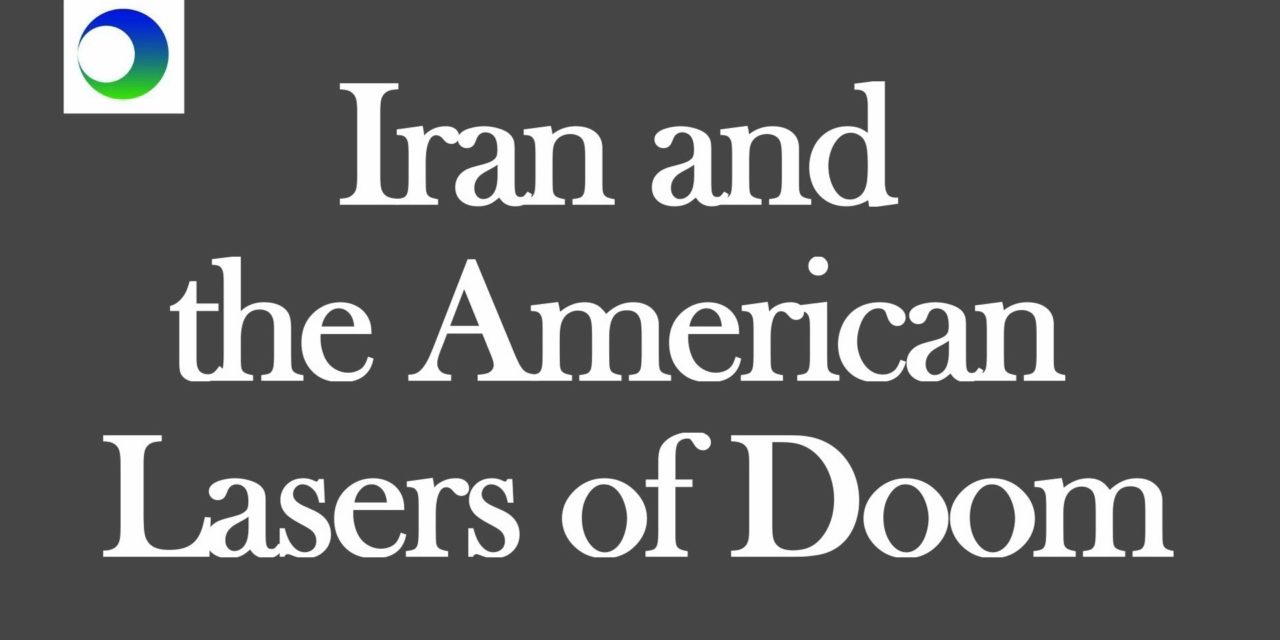 As we build up the Video section on EA WorldView, an analysis from April:

The Pentagon has announced that a new laser weapon will be placed aboard a destroyer, the USS Ponce, to deter Iranian boats from attacking the US fleet in the Persian Gulf.

I assess the propaganda angle: “The Pentagon needed to thump its chest” after the current US budget dispute prompted the withdrawal of one of two American aircraft carriers from the Gulf.

There’s the tactical angle: if Israel were to attack Iranian nuclear installations, a likely response from Tehran would be the deployment of the small boats in the Gulf.

And then there’s some advice for our American propaganda warriors, given that a “ponce” is a man who living off the earnings of women of ill repute:

Guys, you just put your experimental laser aboard a Pimp Ship.