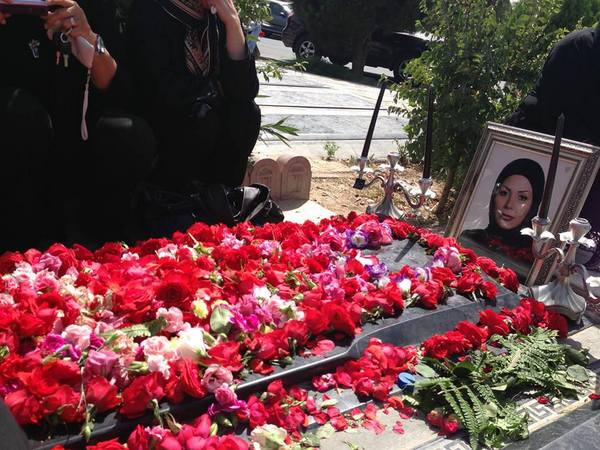 After all the attention to the Presidential election and its aftermath, a different start to our coverage today….

Thursday was the fourth anniversary of the death of Neda Agha Soltan, killed by a gunshot — probably from a Basij militiaman — during mass protests over the disputed 2009 Presidential election. Dozens of others were slain that day, as well as during demonstrations before and after 20 June.

Friends and family, including Neda’s parents, gathered at her grave: 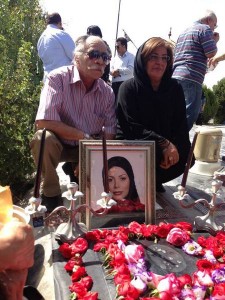 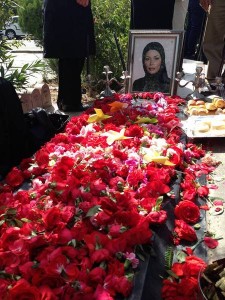 Former President Hashemi Rafsanjani tweeted these images of his meeting on Saturday with President-elect Hassan Rouhani.

Osanloo was the brother of Mansour Osanlou, the president of the Tehran bus workers’ union who was held from 2005 to 2011.

Afshin Osanloo lwas arrested in the main Tehran bus terminal in December 2010. He was sentenced in May 2011 to five years in prison for “acting against national security” and “propagating against the state”.

Aref Meets Rouhani, Pledges To Work With His Administration

Press TV quoted Aref as saying that he was “ready to use everything in [his] power to help the administration”.

Rafsanjani told Rouhani that there was “immense and unparalleled support” for the 11th Government following the “political epic” that was the Presidential election, and that Iran’s young people had hearts full of enthusiasm and hope.

Rafsanjani also tweeted about the meeting, quoting Rouhani as saying that: “I hope that in the 11th Government, I will act on the wishes of the people with the help of all the country’s great and compassionate ones from all political groups.”

International Persian-language free-to-air channel have broadcast this video in tribute to the final days of President Mahmoud Ahmadinejad’s term of office — Goodbye Party Mahmoud! — featuring dancing puppets of all your favorite figures from the Iranian regime.

Via Twitter, Reza Shaeri helps us out with some of the lyrics: “This is the Ggod-bye Party for Mahmoud….He’s kinda mixed up…because Leader now likes Hassan….Why so glum?”

This video shows Ayatollah Ahmad Alamolhoda, the Friday Prayer leader in Mashhad, sharply criticizing Iran’s youth for celebrating the victory of Iran’s 1-0 victory over South Korea, a win that qualified Iran for the World Cup in Brazil.

Alamolhoda says that the football was a honor and a victory for Islam and for the system of the Islamic Republic, and slammed Iranian youth for taking over the event and holding street celebrations, which were “non-Islamic”.

At 0:47, the footage cuts to the male crowd, including two small children, all of whom do not look particularly happy about Alamolhoda’s homily.