EA on BBC: Knaves and Scoundrels — Trump, DeSantis, and Sinema 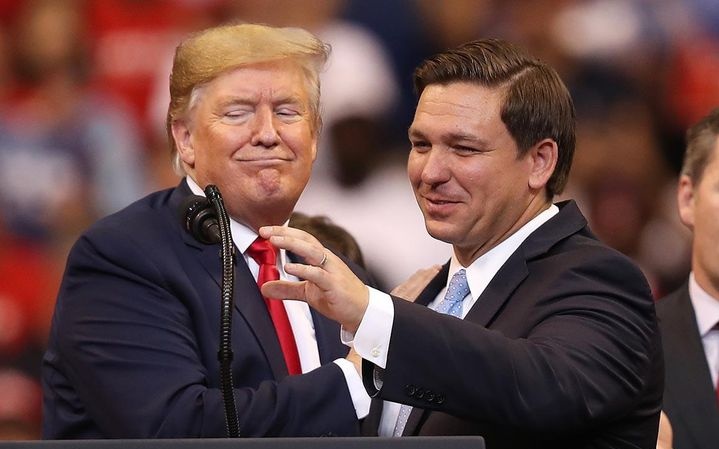 In a 16-minute review of US politics, I chatted with BBC Radio 5 Live’s Colin Murray on Thursday morning about Donald Trump, Florida Governor Ron DeSantis, and Sen. Kyrsten Sinema of Arizona.

I begin with Trump’s decline in polling among Republicans about the 2024 Presidential election, offering the fundamental reason: it’s not about his alleged policies, the criminal and civil cases against him, or even his incitement of the January 6 attack on the US Capitol.

It’s because after the 2022 mid-term elections, he now looks like a loser, at least to some Repubicans.

I then look at DeSantis, surging in those same polls because he offers “Trumpism without Trump”.

He can cause more damage than Trump on some issues — such as education, LGBTQ, climate change, health, and immigration — because he’s smarter and shrewder.

In the last 24 hours, he has said he’ll go to a grand jury about Coronavirus vaccines. He’s happy to enable Coronavirus denial with a sham legal case in a state where more than 85,000 people because of COVID-19.

The chat concludes with a review of Sinema’s political gambit of becoming an “independent” in the Senate. While her departure from the Democratic Party may not pose a short-term difficulty — assuming that she, like Sens. Bernie Sanders of Vermont and Angus King of Maine, continues to caucus with the Democrats — it raises a political conundrum over her re-election bid in 2024 in Arizona.