EA on Times Radio: Capitol Attack — A Subpoena for Trump and Prison for Bannon 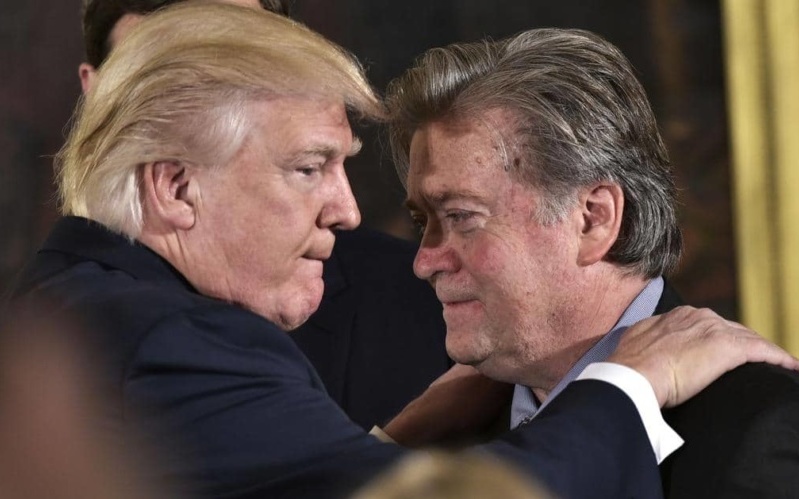 I joined Times Radio’s Alexis Conran on Saturday for a 10-minute analysis of the latest political and legal trouble for Donald Trump and his advisor Steve Bannon.

I summarize the four-month prison sentence for hard-right polemicist Bannon over his refusal of a subpoena from the House select committee on the Capitol Attack, and Trump’s position as he faces his own subpoena for testimony and handover of documents in November.

Bannon may not ever serve time behind bars, but you finally have a marker that you can’t get away with these acts with impunity.

Still, if Republicans take control of the House in next month’s mid-term elections, Trump is unlikely to ever appear before the committee.

Donald Trump has played the system for decades, as a businessman and then a politician: “I can get away with breaking the law, or at least bending it, if I play fast and loose and rely on my high-paid lawyers. Catch Me If You Can.”

Is there the possibility that — despite his corruption, incitement of violence, and coup attempt — Trump could be elected President in 2024? I offer an allusion to the current situation in the UK.

Can you ever imagine, can you dream of a situation where a politician is so disgraced, has committed so many abuses of power, has told so many lies, has led a country into economic and political turmoil…

…that this politician could return to the highest office in the land?