US Sanctions Iran Firms Over Drones To Russia 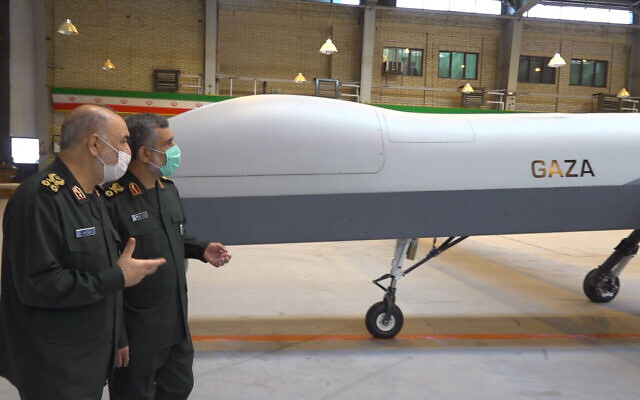 The US has imposed sanctions on Iranian companies providing drones to Russia for Vladimir Putin’s faltering invasion of Ukraine.

The Treasury designated Tehran-based Safiran Airport Services for coordinaton of Russian military flights between Iran and Russia, including movement of drones, personnel and related equipment.

Paravar Pars was cited for the reverse engineering of US and Israeli drones. Iran has developed unmanned aerial vehicles from a US RQ-170 Sentinel reconnaissance drone captured in 2011.

During a visit to Kyiv on Thursday, US Secretary of State Antony Blinken said, “The Russian military is suffering from major supply shortages in Ukraine, in part because of sanctions and export controls, forcing Russia to turn to unreliable countries like Iran for supplies and equipment.”

He emphasized that the US will “hold to account” countries which support Russia in its invasion.

An “Iranian adviser to the government” and “two US administration officials” said last month that two types of drones were collected by Russian planes from an Iranian facility on August 19. They are part of a Russian order of hundreds of unmanned aerial vehicles.

The American officials added that the initial set of Iranian-supplied Mohajer-6 and Shahed-series drones have had mechanical and technical problems. An “allied security official” said, “There are a few bugs in the system. The Russians are not satisfied.”

The Russians are hoping the drones can be used for air-to-surface attacks, electronic warfare, and identification of targets.

Russia’s UN Ambassador Vassily Nebenzia complained in the Security Council about the exposure of Moscow’s reliance on Iran for drones and North Korea for missiles and munitions.

“I would like to ask them now to either provide us with evidence or acknowledge that they are disseminating unreliable information,” Nebenzia said.