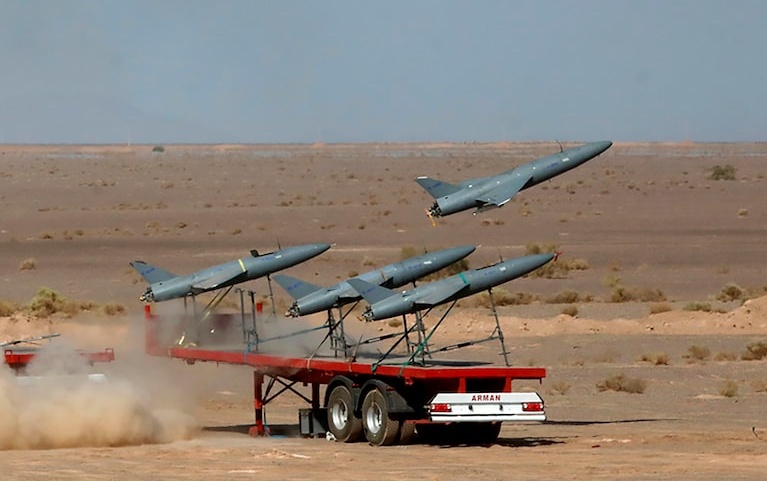 An Iranian drone is launched in a drill earlier this month

Iran has made its first delivery of military drones to Russia, as Moscow faces difficulties in its invasion of Ukraine.

An “Iranian adviser to the government” and “two US administration officials” said two types of drones were collected by Russian planes from an Iranian facility on August 19. They are part of a Russian order of hundreds of unmanned aerial vehicles.

But the American officials added that the initial set of Iranian-supplied Mohajer-6 and Shahed-series drones have had mechanical and technical problems.

“There are a few bugs in the system,” said an “allied security official whose government closely monitored the transfer”. “The Russians are not satisfied.”

Russia is struggling in its last-gasp offensive in eastern Ukraine, while Ukrainian forces have launched a counter-offensive in the south. If they work, the Iranian drones could be used for air-to-surface attacks, electronic warfare, and identification of targets.

However, while Iran has supplied military drones to Yemen’s Houthi insurgency and has used them in attacks on Iraqi bases with US personnel, it has rarely if ever tested them against sophisticated electronic jamming and anti-aircraft systems used in Ukraine.

Officially, Iran has said it will not provide military material for use in Ukraine. It is portraying the drone delivery as part of a deal predating Vladimir Putin’s invasion.

The deal was negotiated over several months by an Iranian team led by Brig. Gen. Seyed Hojjatollah Qureishi, the chief of the supply and logistics division of the Defense Ministry, and by Russia’s military attache in Tehran. Iranian technical experts traveled to Russia to help set up the systems, and Russian military officers underwent training in Iran.

Under political and economic pressure, Iran is trying to project its drone manufacture as a sign of its military and technological strength.