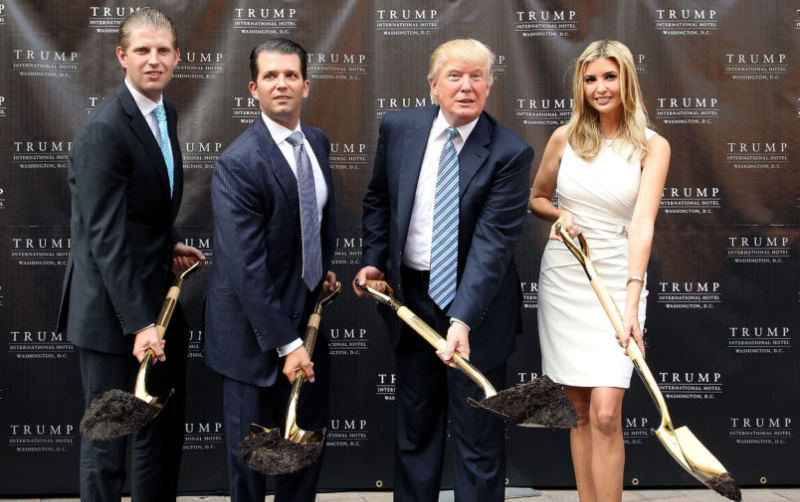 In a lawsuit filed on Wednesday, James said the Trumps — Donald Sr.; Donald Jr.; Ivanka; and Eric — lied to lenders and insurers for more than a decade, including the fraudulent overvaluing of assets by billions of dollars.

James is seeking to bar the Trumps from ever running a business in New York again.

While the Attorney General is pursuing a civil case, she noted that Trump and the Trump Organization violated several state criminal laws and “plausibly” broke federal criminal laws.

That conclusion could revive a criminal prosecution by the Manhattan District Attorney, who suspended submissions to a grand jury earlier this year.

The 220-page lawsuit details how Trump lied in annual financial statements about the Trump Organization’s holdings and debts. Allegedly deceiving banks and insurers, he wildly exaggerated the worth of his showcase properties, including his Mar-a-Lago resort and home in Florida and Trump Tower and 40 Wall Street in Manhattan.

Prosecutors found 11 of Mr. Trump’s annual financial statements included more than 200 false and misleading asset valuations: “The number of grossly inflated asset values is staggering, affecting most if not all of the real estate holdings in any given year.”

The Trump Organization sent the fraudulent financial statements to lenders and insurers “to obtain beneficial financial terms”, including lower interest rates and lower premiums, according to the lawsuit. James said Trump obtained $250 million through the practice, and should now forfeit the money.

Among the fraudulent practices:

Accountants Mazars USA cut ties with Trump and retracted a decade of his financial statements. The lawsuit says Trump “engaged in conduct intended to mislead Mazars in connection with its work compiling the statements, including by concealing important information.

A Lawsuit After 4 Years

The Manhatten district attorney’s office opened its investigation in 2018. The Attorney General’s civil inquiry was launched the following year.

The Trump Organization’s Chief Financial Officer, Allen Weisselberg, has pled guilty to 15 felony counts of receiving lucrative off-the-books perks such as cars, rent-free apartments, and free school tuition for his grandchildren. He has agreed to testify against the Trump Organization in a trial in October.

In April, New York State Judge Arthur Engeron held Trump in contempt of court for failing to comply with a subpoena from James seeking some of his personal records. The order was only lifted after Trump paid a $110,000 penalty.

Engoron ordered Trump, Donald Trump Jr., and Ivanka Trump to be questioned under oath by the Attorney General’s investigators. After a New York State appeals court panel unanimously upheld the ruling, Trump invoked the 5th Amendment more than 400 times in four hours with the investigators.