The Kremlin Widens Its Net of Arrests Over Putin’s Invasion 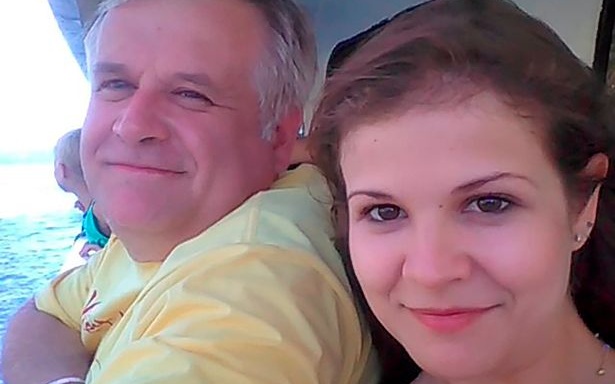 Physicist Dmitry Kolker, pictured with his daughter Alina Mironova, was taken from his hospital bed as he was undergoing cancer treatment. He died in prison.

Russia’s authorities are widening their arrests as the Kremlin tries to sustain its invasion of Ukraine.

Detentions have moved beyond outspoken critics such as politicians Ilya Yashin and Vladimir Kara-Murza and allies of leading activist Alexei Navalny, who was sentenced in March to another nine years in harsh prison conditions.

Among those recently targeted are the late physicist Dmitry Kolker, star hockey player Ivan Fedotov, and Vladimir Mau, a state university rector and board member of the energy giant Gazprom.

Leonid Gozman, 71, an anti-war commmentator, says that “every day feels like it could be the last” free from arrest.

The Physicist Taken from His Hospital Bed

Physicist Kolker, 54, was seized as he lay in a hospital bed, being treated for late-stage cancer, in Novosibirsk in Siberia in eastern Russia. Agents of the Federal Security Service (FSB) flew him to a Moscow prison where he was accused of treason. Last weekend, he died in custody.

His son Maksim, also a physicist, wrote on social media, “The FSB killed my father. They didn’t even let our family say goodbye.”

He said the family must pay for the return of his father’s body from Moscow.

Another Novosibirsk physicist, Anatoly Maslov, was arrested last week on suspicion of treason and remains in prison.

Mau — a leading Russian economist, head of the Russian Presidential Academy of National Economy and Public Administration, and member of the Gazprom — was not a public critic of the Kremlin. In March, he joined more than 300 senior academic officials in a March open letter calling Russia’s invasion of Ukraine a “necessary decision”.

But he has now been detained over a fraud case involving the rector of another leading university.

Commentator Gozman said the imprisonment is part of a wider Kremlin campaign against expertise in universities which might lead to unacceptable perspectives: “A big enemy of the government and the stability of the government are people who carry knowledge. Truth is an enemy here.”

Political scientist Ekaterina Schulmann, who taught at Mau’s university until April, said his arrest signals that ideological purity is more and more the priority for Russian authorities.

In education, it is important that a person actively profess and share the values that he has to implant in the heads of his students. Here, ambiguous loyalty may not be permitted.

The Hockey Player Who Was Going to the US

Fedotov, the goalie of Russia’s silver-medal national hockey team at the Beijing Olympics, signed a contract in May with the Philadelphia Flyers of the National Hockey League. He was planning to leave for the US this month.

But in March, Vladimir Putin derided supposed traitors in Russia’s midst. He spoke of those those who physically reside in Russia but live in the West “in their thoughts, in their slave-like consciousness”.

Putin added last month that patriotic Russians must be committed to remaining in the country: “Real, solid success and a feeling of dignity and self-respect only occurs when you tie your future and your children’s future to your Motherland.”

So last Friday, as Fedotov was leaving a practice session in St. Petersburg, he was stopped by a group of men, some of them in masks and camouflage, and taken away in a van.

Authorities asserted that Fedotov had evaded military service. He has been taken to an unnamed Russian Navy training base in the Arctic.

A Soviet-era sports veteran said, “I won’t be surprised if they put him on some submarine and send him out to sea. He won’t go anywhere after that.”