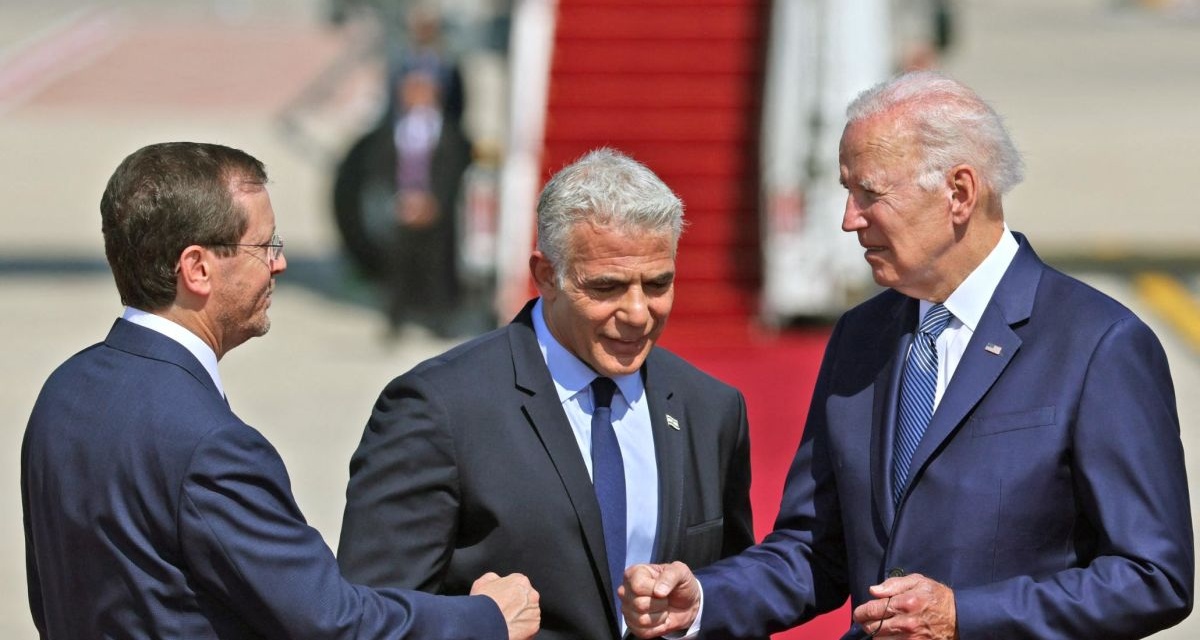 In an extended interview, I spoke further with Pakistan’s PTV World on Friday about US President Joe Biden’s trip to the Middle East.

I look at issues such as the Iran nuclear negotiations — including the US, Israeli, and Saudi approaches — energy supplies, and Saudi-US relations. And I note what has been pushed aside: human rights, the assassination of Saudi journalist Jamal Khashoggi, and the peoples of Palestine and Yemen.

If the emphasis in Washington is to contain Iran, working with the Israelis, if you don’t believe a nuclear deal is possible, then Saudi Arabia is part of that containment and this gives them leverage — including over arms from the US.

ORIGINAL ENTRY, JULY 14: I joined a panel on Al Jazeera English’s Inside Story on Wednesday to discuss US President Joe Biden’s trip to the Middle East, including discussions in Israel and Saudi Arabia.

We analyze a shifting American foreign policy with its priorities of containing Iran and ensuring global energy supplies — and how human rights, Palestinians, and Jamal Khashoggi, the Saudi journalist assassinated on the order of Crown Prince Mohammad bin Salman, are all expendable.

The other panellists are Khaled Elgindy of the Middle East Institute and Andreas Krieg of King’s College London.

The Biden Administration are not clueless. They know what is going on in the Middle East, but they realize they don’t have leverage.

The US has been outflanked by Israel and the Arab States. As long as its priority is containment of Iran, then Saudi Arabia has leverage. And then there is the question of oil supply, in the context of Russia’s invasion of Ukraine.

On the Israeli dimension:

The overriding Israeli concern is focus on Iran and don’t talk about Palestine.

There are no serious Israeli-Palestinian negotiations, and Israel doesn’t want that to change. Israel wants to maintain its autonomy in the occupied territories.