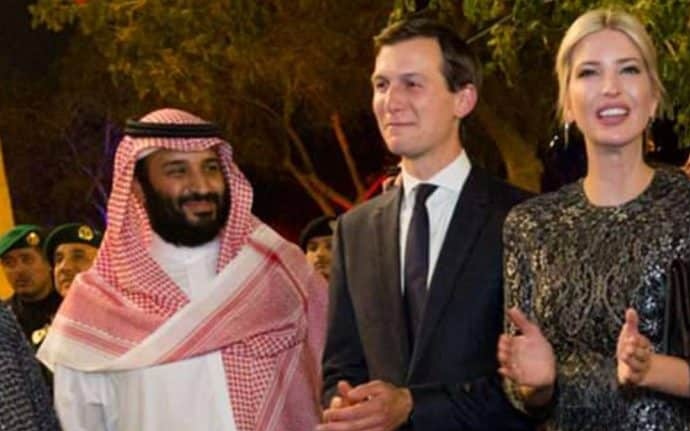 The concerns over the deal with Kushner’s newly-established private equity firm, Affinity Partners, were expressed by the fund’s panel in a June 30 meeting. They included:

Days later, the board of the $620 billion Public Investment Fund overruled the panel. The Saudi fund obtained a stake of at least 28% in Affinity.

In 2018, Kushner played a vital role in the Trump Administration’s defense of Mohammed bin Salman over the Saudi assassination of journalist and dissident Jamal Khashoggi, a resident of Virginia who wrote for The Washington Post.

Last week a Turkish court effectively closed proceedings over the murder, referring the case against 26 Saudis in absentia to Riyadh’s authorities.

Part of Kushner and Trump’s motivation to support Mohammed bin Salman was Saudi Arabia’s proposed purchase of $110 billion in arms from the US.

Amid Trump’s visit to Riyadh in May 2017, Kushner pushed officials in the State and Defense Department officials to inflate the amount of the deal with suspect transactions. “We need to sell them as much as possible,” Trump’s son-in-law told a National Security Council Meeting.

The Saudi purchase of some high-price items, such as the $15 billion THAAD anti-missile system, was not confirmed until the end of November 2018 — after Kushner and Trump’s defense of Mohammed bin Salman over Khashoggi’s murder.

Kushner plans to raise up to $7 billion for Affinity, but has few investors beside the Saudis. In a March 31 filing with the Securities and Exchange Commission, the firm reported $2.5 billion under its management.