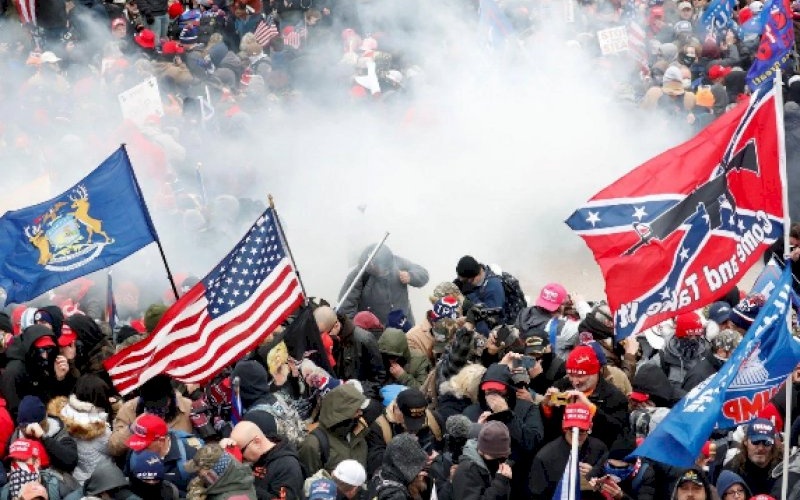 Police officers file lawsuits against Donald Trump over the Trumpist attack on the US Capitol on January 6, 2020.

In a lawsuit filed on Thursday in the US District Court in Washington DC, Briana Kirkland is demanding “accountability for Trump’s central role in inciting the January 6 insurrection” with his “provocative words…likely to incite and provoke violence in others and [which] did in fact incite and provoke violence directed [at her]”. The filing says Trump caused emotional and physical pain, including a concussion, and seeks $75,000 in damages.

Kirkland took a year off from work after suffering a traumatic brain injury as she faced the attackers. At one point, she was outnumbered 450 to 1 at one of the Capitol doors, armed with only a baton, according to the filing by her lawyers.

The officer, who has five years of service, returned to duty this week.

Accountability for Trump’s action is also being sought in legal action on behalf of Capitol Police officer Marcus J. Moore and Washington DC police officers Bobby Tabron and DeDivine K. Carter. The filings claim Trump violated the Ku Klux Klan Act of 1871, which prohibits mob violence seeking to obstruct the operations of the federal government and its officers.

In August, seven Capitol Police officers sued Trump and more than a dozen of his supporters, claiming they are responsible for the officers being “violently assaulted, spat on, tear-gassed, bear-sprayed, subjected to racial slurs and epithets, and put in fear for their lives”.

“This Is Going to Be It”

The 51-page complaint on behalf of Kirkland summarizes:

As the leader of this violent mob, who took their cues from his campaign rhetoric and personal tweets and travelled from around the country to the nation’s capital at Trump’s invitation for the January 6 rally, Trump was in a position of extraordinary influence over his followers, who committed assault and battery on Briana Kirkland.

Trump, by his words and conduct, directed the mob that stormed the Capitol and assaulted and battered Briana Kirkland.

The filing describes how Kirkland and other officers tried to prevent the attackers from seizing bike rack barriers and using them as weapons. Kirland described her fear when she thought one Trumpist, with “a murderous look in his eyes”, was going to pull her to the ground.

“This is going to be it,” she said to herself.