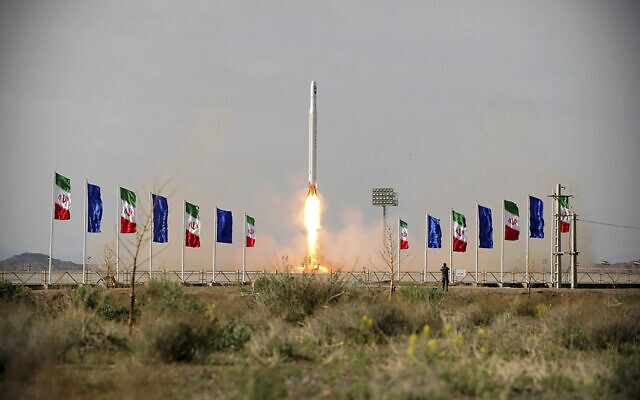 Iran’s launch of a military satellite from an undisclosed site inside the country, April 22, 2020

Iran’s space launch on Thursday has failed to put three payloads into orbit.

A Defense Ministry spokesman said on Friday that the Simorgh (Phoenix) rocket did not have the necessary speed: “For a payload to enter orbit, it needs to reach speeds above 7,600 (metres per second). We reached 7,350.”

Immediately after the launch, Iranian media had proclaimed success with the rocket reaching an altitude of 470 km (254 miles).

A US State Department spokesperson criticized the event as an attepted in Iran’s ballistic missile program. He said it violated UN Security Council Resolution 2231, which complemented the 2015 Iran nuclear deal.

France and Germany joined the denunciation on Friday. Berlin also cited a violation of the UN resolution, and Paris said the launch was “all the more regrettable” for occuring during the Vienna talks on Iran’s nuclear program.

Iran’s Foreign Ministry insisted, “Scientific and research advances, including in the field of aerospace, are the inalienable right of the Iranian people, and such meddling statements will not undermine the Iranian people’s determination to make progress in this field.”

The Islamic Republic launched its first satellite in 2009, and put one into orbit in 2011. It claimed the successful orbit of a military satellite in April 2020, after a series of failed attempts.