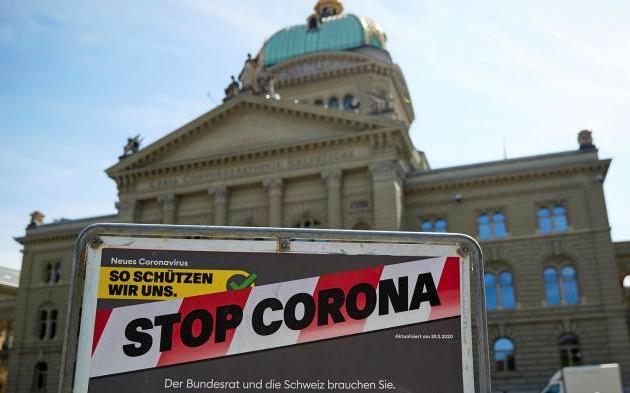 Switzerland’s first COVID-19 case was reported on February 25, 2020 in the Italian-Swiss canton of Ticino. Soon after, the country started recording large numbers of infections.

On March 16, the Swiss Government (Federal Council) declared an “extraordinary situation” under the Epidemics Act. This declaration allowed implementation of restrictive measures to contain the spread of the virus without the necessity for immediate approval from Parliament. However, the invoking of extensive powers created the potential for controversy amongst regional and national parties.

The populist radical-right Swiss People’s Party (SVP) found itself in a difficult place. Holding two out of seven seats in government, the SVP joined other, non-populist, parties in declaring that they would stand united behind the Federal Council’s position. It did not immediately seize the opportunity to hold the Council accountable for its decisions.

However, the SVP changed tack just two weeks later, with a more typical populist standpoint of criticism of the “elite”. The party backed the limitation of state intervention, claiming the avoidance of massive damage to the national economy. Over the coming months, the SVP stepped up this opposition and promoted its own strategy, based on its core ideology, to contain the pandemic. Its proposals included strict border controls, the principle of self-reliance, and the protection of the Swiss economy. The party also used the pandemic to push for reduction of the number of new migrants from the European Union, an initiative which was rejected by Swiss voters in autumn 2020.

After a relatively calm summer characterised by a drop in the number of cases, Switzerland experienced a surge throughout autumn 2020. The SVP continued criticism of government measures, alleging negative effects on the national economy and on the well-being of Swiss citizens. The party repeatedly demanded an immediate end to the “lockdown” during early 2021. Despite its two representatives in government, the SVP targeted the Federal Minister of Health, a Social Democrat, and even accused the government of becoming a dictatorship.

On June 13, 2021, the Swiss electorate approved the COVID-19 Act via a national referendum with a Yes vote of 60.2%. The Act grants the Federal Council additional powers to combat the pandemic and mitigate its negative effects on society and the economy. In contrast to all other parties in government, the SVP did not take an official position on the vote: it was split between those welcoming the financial help provided by the government and those particularly critical of the handling of the pandemic. During the summer, the SVP advocated a “return to normalcy”. With lower case numbers and the vaccine available to all, the party opposed compulsory vaccination and the extension of “COVID-19 passes” to everyday activities.

The SVP is still walking a very fine line between being in government and performing the role of an opposition — despite the logic of a Swiss system requiring collaboration between the main parties which share government responsibilities.