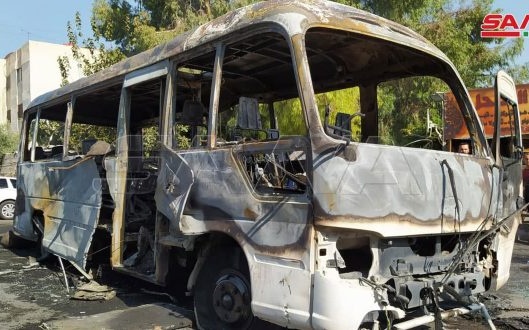 A second person has died from Wednesday’s bombing of an Assad regime military bus in Damascus.

A Republican Guards soldier died of his wounds. The bus driver was killed in the explosion near a housing compound for regime forces.

The regime military, through State news agency SANA, has denied any bombing. It claims the explosion was caused by an electrical fault that set the petrol tank on fire.

SANA has acknowledged the death of the bus driver and at least three people wounded. Unconfirmed reports say up to 19 troops were killed.

The bus was nearing the entrance of a heavily fortified Republican Guards housing compound in western Damascus. The anti-Assad faction Huras al-Din, linked with Al Qa’eda, has claimed responsibility.