EA on Monocle 24: The Protests in Cuba 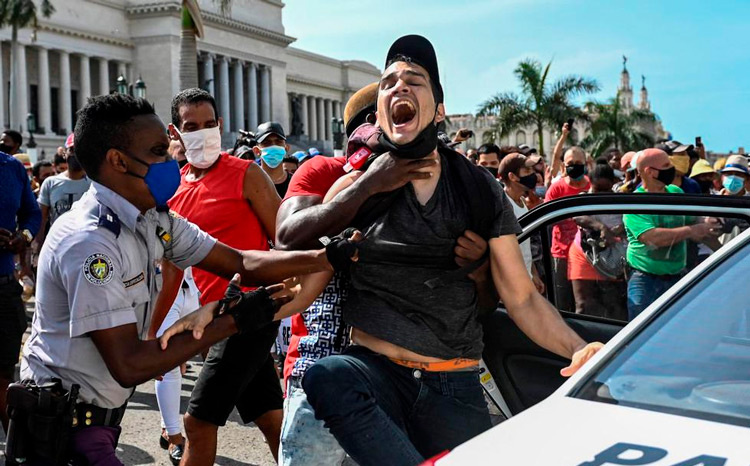 I joined Monocle 24’s Markus Hippi on Monday to discuss protests in several Cuban cities, including the capital Havana, on Sunday.

The protests by thousands were the largest on the island since 1994. Demonstrators criticized the government over the economy, basic services, and the handling of the Coronavirus pandemic, with some calling for a change of the one-party system ruling the country since the 1959 Revolution.

What prompted the rallies? How significant a challenge to the system, founded by Fidel Castro, are they? Can they be sustained in the face of pro-government counter-demonstrations and the Cuban security state?

Because of the Cold War and how the revolutionary government of Fidel Castro started in 1959, it becomes this binary of bad, bad Communists or bad, bad US.

In fact, it’s in the middle. It’s in those day-to-day needs to assess what happens on the island.