World Unfiltered: Should The US Lead A New International Order? 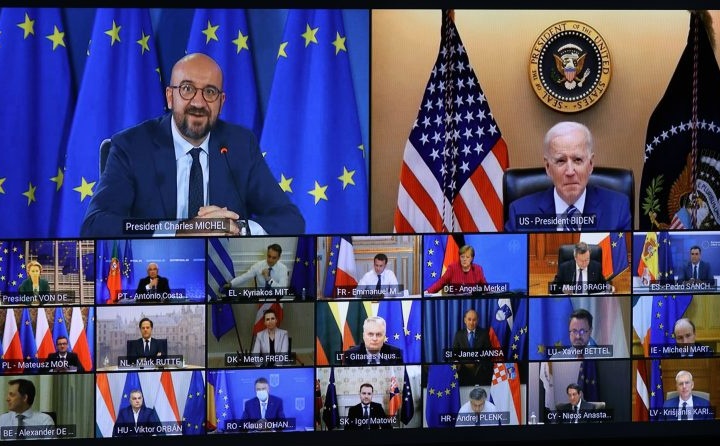 Should the US aspire to lead a revived “liberal international order”?

World Unfiltered speaks with Prof. John Ikenberry, who coined the term in 1999 to describe the post-1945 international system.

Following a generation of turmoil and uncertainty, and with widespread scepticism of US power past and present, I ask Ikenberry why we should campaign for a revival — and whether it should follow an American lead.

Liberal democracies are unusually capable of driving cooperation. In a world of rising economic insecurity and environmental interdependence, we can’t be safe alone — we are tied inescapably to each other.

7:36: What is vital, even essential, in what you call a liberal international order?

It’s the underlying needs that liberal democracies have which means they can’t simply exist as islands — they hang together or they hang separately.

11:01: How do you draw a universal from your reading of the US and Western Europe into developments at the same time in other parts of the world?

16:18: Is the liberal international order “international” when many peoples and communities in MENA, in South America, and in parts of Asia are not part of it?

21:14: Does liberal international order does undercut itself in rhetoric, even in values, with an “our way or the highway” approach?

26:48: Is the post-Cold War World of the 1990s really that stable beyond the framework of Western Europe? Is it an illusory idea that we are “close to the liberal moment”?

31:18: Was the idea of a US-led liberal international order buried once and for all in 2003 with the Iraq War?

37:18: Is there a failure of the liberal international order around the so-called “Arab Spring” in 2010–2011, with the failure to protect civilians?

41:19: Is it time in 2021 to rethink liberal international order, where we do not start with the assumption of a US leadership or primacy?

48:38: How do you convince those who are not in the US or Western Europe that they should be part either of a US led project or of this new coalition for liberal international order?