US Prosecutors Charge 10 Iranians Over Sanctions-Busting 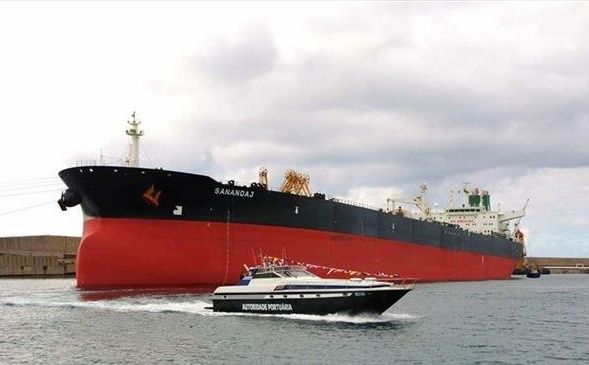 US prosecutors have charged 10 Iranians, claiming they evaded sanctions on Tehran by disguising $300 million in transactions.

The eight men and two women were charged with conspiracy to violate legal sanctions, with the US Government also seeking more than $157 million in a civil forfeiture action.

All the defendants are outside the US and have not been arrested, said Acting US Attorney Tracy Wilkison of the Los Angeles office. He did not say if a request had been made to foreign governments to detain them.

Wilkison said, “In a wide-ranging scheme spanning nearly two decades and several continents, the defendants conspired to abuse the US financial system to conduct hundreds of millions of dollars in transactions on behalf of the government of Iran.”

The transactions, which include the purchase of two oil tankers, date back to 1999. Prosecutors say defendants Seyed Ziaeddin Taheri Zangakani, Salim Henareh, and Issa Shayegh opened a business called Persepolis Financial Services in Los Angeles to funnel US funds to Iran.

The three men later moved to Canada to UAE with Persepolis and a second front company, Rosco. Another Hong Kong-based front company was used to buy the two $25 million oil tankers from a Greek businessman in 2012.

US Warns China: We Will Enforce Sanctions

Earlier this week the Biden Administration warned China that it will enforce the sanctions.

The message followed reports that Beijing more than doubled its purchase of Iranian oil in February, with much of it coming through the “gray market” to evade American restrictions. China’s imports from Tehran are at their highest in two years, before the Trump Administration imposed comprehensive sanctions in November 2018.

The US could enforce “secondary sanctions”. In 2019, a Chinese State-run energy company and several tanker companies were blacklisted for trade in Iranian oil.

It is not known if the issue was raised at the first meeting between Biden Administration and Chinese officials, held in Alaska in Thursday. The US delegation included Secretary of State Antony Blinken and National Security Advisor Jake Sullivan.