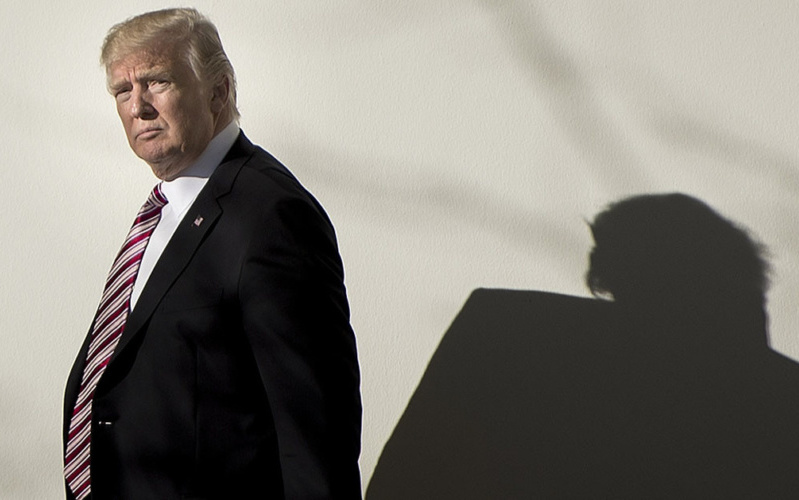 The audio taping of Donald Trump’s shakedown of Georgia officials was prompted by pressure on Secretary of State Brad Raffensperger by Trump ally Sen. Lindsay Graham.

A Raffensperger advisor said that, because Graham denied improperly exhorting Raffensperger to meddle in the election, the Secretary of State’s team decided to put Trump’s call on the record.

This is a man who has a history of reinventing history as it occurs. So if he’s going to try to dispute anything on the call, it’s nice to have something like this, hard evidence, to dispute whatever he’s claiming about the secretary.

Lindsey Graham asked us to throw out legally cast ballots. So yeah, after that call, we decided maybe we should do this.

The release of the tape followed Trump’s Twitter criticism of Raffensperger and the Secretary of State’s reply: “The truth will come out.”

Context about the Trump call: Raffensperger received the call from the White House on Saturday at 2:41 PM, after the White House switchboard had made 18 previous attempts to have Trump speak with him in the two months since the general election, a source tells @JulesJester.

See also EA on TRT World, Monocle 24, and The Pat Kenny Show: The Trumpists Try to Shake Down US Democracy

Sen. David Perdue, facing a close battle for re-election on Tuesday in Georgia, defended Trump in a Sunday interview.

.@sendavidperdue isn’t the least bit upset that Trump threatened Georgia’s Republican Secretary of State — but he thinks it’s “disgusting” that the tape was leaked. That says it all.pic.twitter.com/2mEhdLZCpE

Alongside White House Chief of Staff Mark Meadows, Trump issued the demands to Secretary of State Brad Raffensperger, a Republican, and his general counsel Ryan Germany.

Georgia has already carried out both a full audit and a complete hand recount of almost 5 million ballots in Biden’s triumph by 11,779 votes.

Trump told Raffensperger, “I just want to find 11,780 votes, which is one more than we have because we won the state.”

He added, “I think I probably did win [the state] by half a million votes,” and assured the Georgia officials, “There’s nothing wrong with saying that…you’ve recalculated”.

Trump’s call came less than 72 hours before Georgia’s two run-off Senate votes that will determine either a Republican or Democratic majority in the chamber.

On Wednesday, the new Congress convenes to confirm Biden’s Electoral College victory. However, 12 Republican Senators and more than 140 GOP House members have said they will object, propping up Trump’s disinformation about electoral fraud.

Trump began the call with a 12-minute ramble that laid out his false and unsupported assertions. They included “250,000 to 300,000 ballots were dropped mysteriously into the rolls”; “you’ll find at least a couple of hundred thousand of forged signatures” in Atlanta’s Fulton County alone; and “thousands and thousands” who “couldn’t vote because a ballot had been put in on their name”.

Secretary of State Raffensperger and Germany carefully pushed back the disinformation. Raffensperger summarized, “The challenge that you have is the data you have is wrong.” He said of the claims of a Trump representative:

There’s a person named Mr. Brainard that came to these meetings and presented data, and he said that there was dead people, I believe it was upward of 5,000.

The actual number were two. Two. Two people that was dead that voted. And so, that’s wrong, that was two.

Trump would not be deterred. He persisted with conspiracy theories such as an election worker stuffing ballot boxes, “Dominion voting machines” that switched votes to Biden and later moved out of state, and “no poll watchers”.

“It can’t be disputed,” he maintained.

Chief of Staff Meadows enabled the false claims. He said to Raffensperger, “Mr. Secretary, I can tell you, you say there was only two dead people that would vote. I can promise you there are more than that.”

The Georgia officials held their line.

TRUMP: I won [Georgia] by hundreds of thousands of votes.

Now, do you think it’s possible that they shredded ballots in Fulton County? Because that’s what the rumor is. And also that Dominion took out machines. That Dominion is really moving fast to get rid of their, uh, machinery.

Do you know anything about that? Because that’s illegal, right?

GERMANY: No, Dominion has not moved any machinery out of Fulton County.

TRUMP: But have they moved the inner parts of the machines and replaced them with other parts?

TRUMP: Are you sure, Ryan?

GERMANY: The only investigation that we have into that — they have not been shredding any ballots.

Raffensperger noted, “Mr. President, the problem you have with social media, they — people can say anything.”

Unable to get compliance from the officials, Trump threatened them with possible prosecution. He said to Raffensperger:

I’m notifying you that you’re letting it happen.

When the officials did not budge, Trump snapped at Germany and Raffensperger:

Why don’t you want to find this, Ryan? What’s wrong with you?…I’m sure you’re a good lawyer. You have a nice last name….

“What You’re Saying is Not True”

Before the audio was leaked, Trump referred to the phone call in a tweet, snapping that Raffensperger is “unwilling, or unable, to answer questions such as the ‘ballots under table’ scam, ballot destruction, out of state ‘voters’, dead voters, and more. He has no clue!”

The Secretary of State responded, “Respectfully, President Trump: What you’re saying is not true.”

The call was Trump’s second to Georgia’s highest officials seeking a reversal of the outcome. Last month, he called Republican Government Brian Kemp and Raffensperger, seeking a session of the Georgia legislature to dismiss the vote and appoint Trump electors rather than Biden’s for the Electoral College vote on December 14.

After Georgia’s full recount, Raffensperger and his wife have faced threats of death and sexual violence.

To bury Biden’s margin of 306 to 232 in the Electoral College, Trump would not only have to reverse Georgia’s result but also those in states like Pennsylvania, Arizona, Michigan, Wisconsin, and Nevada.

Trump and Vice President Mike Pence are in Georgia on Monday to campaign for Republican Senators Kelly Loeffler and David Perdue, who are challenged in Tuesday’s runoffs by Democrats Raphael Warnock and Jon Ossoff.

Trump signed off on his Saturday call with invective against his fellow Republicans:

They hate the governor [Brian Kemp], and they hate the secretary of state [Raffensperger]. I will tell you that right now.

And the only people that like you are people that will never vote for you, you know that brand, right?