Profiteers of Fear? Finland’s Right-Wing Populists and the Coronavirus Crisis 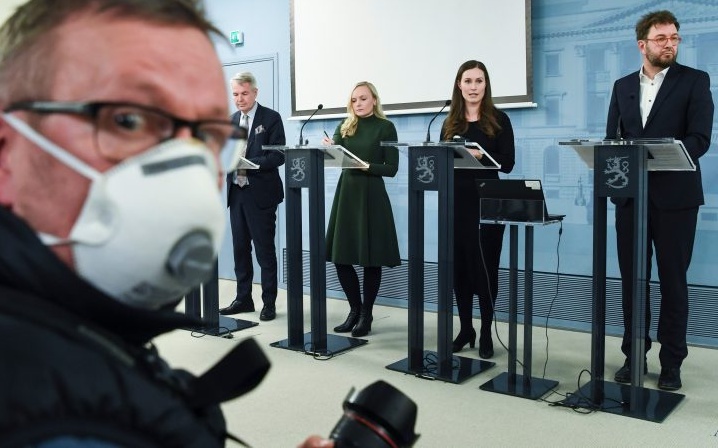 Written as part of the Friedrich Ebert Stiftung’s series “The Profiteers of Fear? Right-wing populism and the COVID-19 Crisis”:

How has the only Finnish right-wing populist parliamentary party reacted to the public health crisis and the government’s actions during the first wave of the virus outbreak?

The Finns Party is the only populist radical right party in the Finnish Parliament. Since 2011, the party has been among
the three largest parliamentary parties and currently has 39 MPs in the 200-seat Eduskunta.

After a successful renewal of the party leadership in 2017 followed by vast programmatic work, the party became ideologically more akin to European populist radical right parties yet managed to retain its support in the 2019 Parliamentary elections.

The current government led by progressive left-wing environmentalists has provided the Finns Party the perfect target for launching rhetorical attacks from the opposition. Consequently, before the pandemic, the Finns Party was enjoying its highest support to date, reaching over 24% in the polls.

During the first months of the pandemic, the party lost nearly 6% in polled support as voters seemed to rally around the leadership of Prime Minister Sanna Marin. However, by the autumn of 2020, the party’s support has stabilised around 19%, roughly corresponding to the party’s current Parliamentary representation. Thus the public health crisis has not turned out to be a crippling crisis for the Finns Party’s support.

The central party organisation’s reactions to the handling of the health crisis have remained relatively calm and moderate. On its official platforms, the party’s core institutional leaders have not widely attacked the government’s strategies to curb the infection rate and have even regarded most of the government’s restrictions as vital.

The party has also refrained from framing compliance with health officials’ recommendations as a matter of ideology, as such a pursuit would appear utterly irresponsible in the Finnish context. It has widely endorsed, for example, a comprehensive mask recommendation. Compared to many other countries where masks have become political signifiers and wearing or refusing one can be regarded a political act, the public health crisis did not become as polarized in Finland during the first wave.

As the Finnish government exerted rather authoritarian measures within the limits of the Emergency Powers Act and the Constitution, the Finns Party has had little room to demand stricter restrictions to citizens’ freedoms in order to protect the Finnish population. However, in the spring, the leader of the party’s Parliamentary group entertained the idea of implementing wider business closures to “suffocate the epidemic” to allow a swifter reopening of the economy instead of lifting more lenient restrictions gradually.

The party’s politicians also sought an extension of the Uusimaa lockdown and even hinted at hopes of the President taking over operational leadership of the government, despite the fact that both measures would have been not only authoritarian but also unconstitutional. Regardless, most of the party’s criticisms of the measures to curb the infection rate have not challenged the government’s strategy head-on, but relied on pointing out flaws and inconsistencies in the government’s communications and lambasting the state’s failed attempts
to procure adequate-quality protective equipment.

The Finns Party’s reactions to the virus illustrate that populist radical right policy positions can be effectively consolidated without relying on easily contested disinformation and subversive political styles. In the case of COVID-19, the Finns Party’s core organisation has actively shied away from seeking synergy between its message and the one of the online far right.

Instead, the party has focused on utilising its established parliamentary position, party media, social media presence, and access to national mainstream media to highlight the government’s overspending and to argue for budget discipline, nativism, and national sovereignty.

In the context of the economic aftermath of the virus, the rhetoric and platforms used by the Finns Party to articulate its core agenda are not prominently those of the far right but those of the center right.