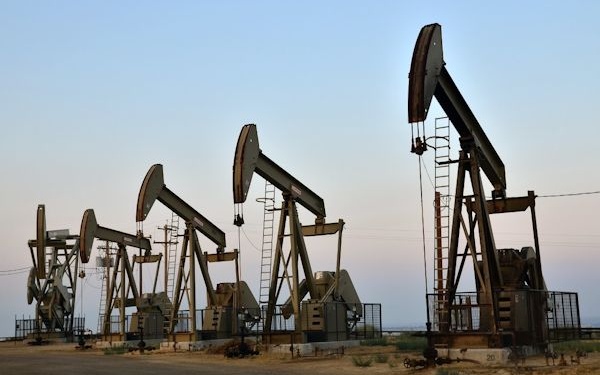 Climate policy will now be central to national security decisions, linking job creation to the measures.

*A pause in new federal oil leases, with increase of renewable energy production instead on the lands and waters

*Reservation of 30% of federal land and water for conservation purposes

*Electrification of the government’s fleet of vehicles.

We’re talking about national security, America leading the world in a clean energy future. It’s a future of enormous hope and opportunity.

It’s about coming to the moment to deal with this maximum threat that’s now facing us, climate change, with a greater sense of urgency.

Donald Trump had denied climate change, and his Administration had stripped environmental regulations, withdrawn the US from the Paris Climate Accords, and blocked scientific agencies from addressing the issues.

In contrast, among Biden’s first actions last week were a return to the Paris Accords and the revocation of the permit for the Keystone XL pipeline from Canada through Montana and South Dakota to Nebraska.

On Wednesday, he laid out technological gains for wind and solar infrastructure that will create work, more than making up for job losses in fossil fuels and the use of fracking. For example, Biden said the plan for government purchase of zero-emissions vehicles will ultimately lead to “one million new jobs in the American automobile industry”.
He added that proposals will create “prevailing wage” employment and union jobs for workers to build 1.5 million new energy-efficient homes, to manufacture and install a half-million new electric-vehicle charging stations, and to seal one million leaking oil and gas wells.

The order creates a task force to economically revive communities dependent on the fossil fuel industry.

Gene Karpinski, President of the League of Conservation Voters, summarized, “This is the single biggest day for climate action in more than a decade.”

Corporate leaders had a mixed response. The US Chamber of Commerce supported efforts to limit emissions but criticized the halt in oil and gas leases.

Fossil fuel executives fumed that the orders will not reduce US emissions but will lead to lost jobs and more imported oil. The Western Energy Alliance filed a lawsuit within minutes, in the US District Court in Wyoming, over the halt of federal leases.

Undeterred, the Administration announced that it will host a Climate Leaders Summit on April 22, Earth Day.

John Kerry, the envoy for climate change, said the Administration expects to announce a new set of specific targets on lower carbon dioxide emissions under the terms of the Paris Accords.

It is now cheaper to deal with the crisis climate than it is to ignore it. We’re spending more money, folks. We’re just not doing it smart. We’re not doing it in a way that would actually sustain us for the long term.

So we are creatively looking at those opportunities for investment so that we can get people understanding that we are not trying to take away jobs.