“Existential Threat of Our Time”: Biden Introduces Team to Deal with Climate Crisis 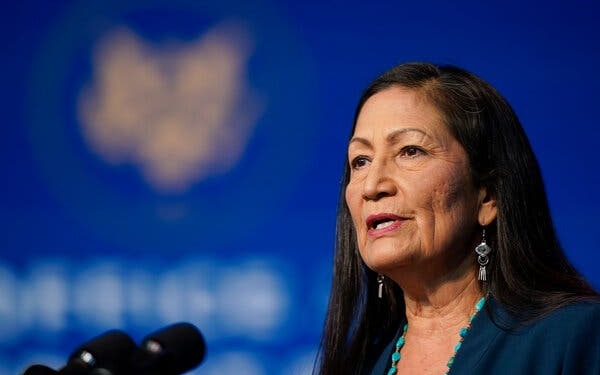 President-elect Joe Biden introduces his climate and energy team, speaking about plans to address “the existential threat of our time”.

Biden said in a presentation in Wilmington, Delaware:

We literally have no time to lose….

So many climate and health calamities are colliding at once. It’s not just the pandemic that keeps people inside. It’s poor air quality.

The President-elect noted that, during this year, wildfires have burned more than 5 million acres in the western US, hurricanes and tropical storms have pounded the East and Gulf coasts, and droughts have parched parts of the Midwest.

He pledged that his climate and energy officials will act from Inauguration Day on January 20, creating new jobs in “climate-resilient infrastructure” and clean energy.

“This is Not A Hoax”

Rep. Deb Haaland will serve as Interior Secretary, the first Native American member of the Cabinet in US history. Former Michigan Gov. Jennifer Granholm will be Energy Secretary.

Former Secretary of State, US Senator, and Presidential nominee John Kerry was tapped in late November to lead the Administration’s climate change plans.

Haaland spoke about her background, with life in a Pueblo household making her “fierce”. Speaking of standing on the shoulders of her ancestors, she noted the history of effort to destroy Native American traditions and identities, with children taken away from families and sent to boarding.

“This moment is profound when we consider the fact that a former Secretary of the Interior once proclaimed his goal was to ‘civilize or exterminate us’. I’m a living testament to the failure of that horrific ideology,” she said.

Mallory said that her upbringing in the working-class town of Waterbury, Connecticut meant she knew “the faces of the marginalized” and appreciated “the challenges of urban pollution”. Zaidi spoke of the importance of job creation through programs to tackle climate change.

When my parents moved from Pakistan to Pennsylvania, they brought two little kids and a few suitcases of dreams — dreams their kids are living today. To be healthy, to have purpose, to be able to give back: That is how our parents taught us to define the American Dream.

Vice President Kamala Harris concluded with the story of her visit to California this year, as wildfires spread across the western US.

Our climate crisis is not a partisan issue, and it is not a hoax.

It is an existential threat to all of us, particularly poor communities and communities of color who bear the greatest risks from polluted air, polluted water, and a failing infrastructure.