UCD Webinar: Is This the Most Important US Election Ever? 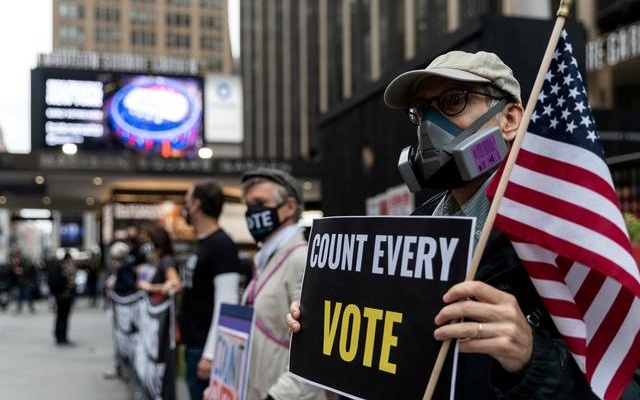 In a US Election Special, University College Dublin hosts a conversation between The Clinton Institute’s Liam Kennedy and EA WorldView’s Scott Lucas.

The host is columnist and broadcaster Sarah Carey.

After Kennedy’s introduction via Norman Mailer on the “dream life of America” — “Today it’s more of a nightmare, because there is no shared dream” — we move from an assessment of the state of the election to the wider issues, the future of the US, and the battle against division and disinformation.

As The World Watches US Elections, America’s Appeal is Diminished

That leads to a conclusion beyond “America” and looking to the positive.

I think we’re beyond “America leads, we follow”. By God, I hope we are.

That sense of responsibility isn’t a single politician. It’s up to each of us in “How do we conduct our lives responsibly?” to get back to a decent and just society.