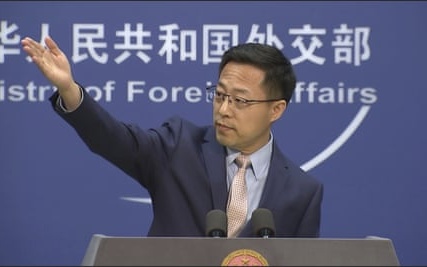 Why is China attacking Australia with a faked image of an Australian soldier threatening to cut the throat of a child in Afghanistan?

Australian Prime Minister Scott Morrison has called for an apology, saying Beijing should be “utterly ashamed”, after a Chinese Foreign Ministry official, Zhao Lijian, published the photograph on Twitter.

But the Foreign Ministry has doubled down on its attack using the Brereton Report, which has found after a four-year inquiry that Australian forces killed up to 39 civilians in Afghanistan.

I explain the Chinese motives in an interview with ABC’s The World:

1. Australia, back off from our affairs and 2. With a new Biden Administration, don’t think about siding with Washington against us.

China's government has dismissed criticism for posting a fake image on Twitter showing an Australian soldier murdering a young child, instead pointing the finger at Australia. @ScottLucas_EA tells @bevvo14 why China is sanctioning such a provocative social media attack. #TheWorld pic.twitter.com/7017CSVPl4