EA on Monocle 24 and talkRADIO: How Packing of Supreme Court Trumped Help Over Coronavirus 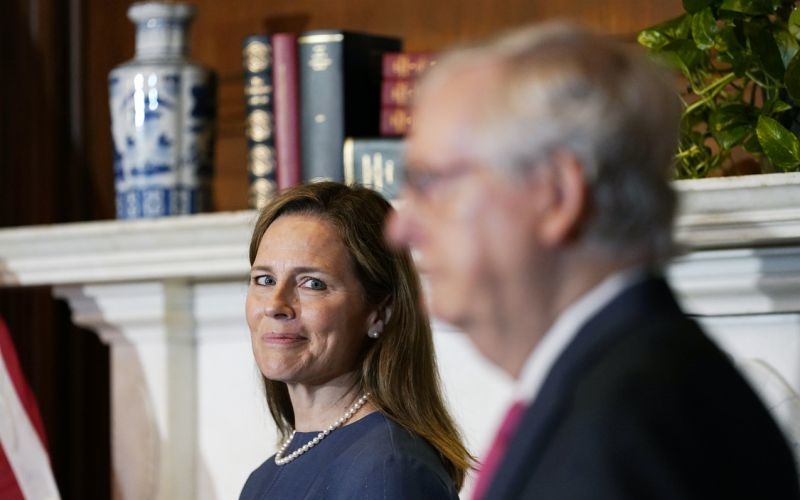 I also spoke with talkRADIO’s Julia Hartley-Brewer about the confirmation of Amy Coney Barrett and the prospects for the Presidential election next Tuesday.

The myth is that the Supreme Court is separate from politics. Even if Donald Trump loses next week, the Republicans have got someone who will try to implement his plans and their plans in an arch-conservative way.

Politics professor Scott Lucas says the appointment of Judge Amy Coney Barrett to the US Supreme Court could allow Republicans to implement “arch-conservative” plans, even if Donald Trump loses next week’s election.

ORIGINAL ENTRY: I joined Monocle 24’s Georgina Godwin on Tuesday to evaluate the rushed confirmation of Amy Coney Barrett as Supreme Court Justice, with Senate Majority Leader Mitch McConnell hoping to pack the Court — affecting issues such as healthcare, women’s rights, LGBT rights, immigration, and environmental protections — and Donald Trump looking for a lifeline if he loses the November 3 election.

If we do have a conservative Supreme Court which is ruling politically, while Democrats hold the White House and control Congress, there are going to be fundamental questions about the American system.

What type of reform do we need maintain checks and balances and not have it fall apart in a polarized America?

We continue by looking at the interaction between the push to confirm Barrett and the surge in the pandemic: “While Mitch McConnell gets the type of courts which he wants, all other Americans — with more than 225,000 who have died — have no hope of Coronavirus relief in the near-future.”