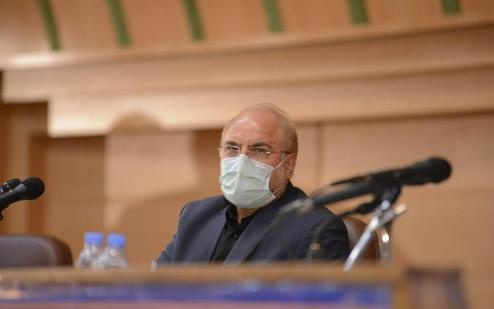 Setting a new record in the Coronavirus pandemic, Iran’s daily deaths surged by 20% on Wednesday.

The Health Ministry announced 415 deaths, breaking the mark of 346 set on Tuesday. The official total is now 33,714.

The Supreme Leader ignored the development, preferring to assail French President Emmanuel Macron for supposedly insulting Prophet Muhammad “in the name of freedom of expression.

Qalibaf’s infection was confirmed Wednesday morning. He is now in quarantine.

The news came as the Islamic Republic set a new record for cases and deaths, with the virus surging throughout the country.

The Health Ministry reported 346 deaths on Tuesday, breaking the mark of 337 set on October 19 and again on Monday. The official death toll is now 33,299.

The numbers have climbed since early May, soon after the Government lifted restrictions that closed businesses, mosques, schools and universities, and other public places.

The Government had held out for months against reimposing restrictions from the first wave during the spring.

Having held out for months against the reimposition of restrictions, the Rouhani Government announced a mask mandate in early October, beginning in Tehran and extending to other cities.

Tehran authorities shut schools, mosques, and other public places from October 3, initially for a week but now indefinitely.

Two weeks ago Vice President Mohammad-Baqer Nobakht, in charge of economic and budget planning, announced that he tested positive for the virus.

The first wave of the virus killed two MPs; an advisor to Foreign Minister Mohammad Javad Zarif; Iran’s former Ambassador to the Vatican; a Revolutionary Guards commander; a member of the Assembly of Experts; and two members of the Expediency Council, which advises the Supreme Leader.