Don’t Blame the Unemployed as UK Enters Its Economic Winter 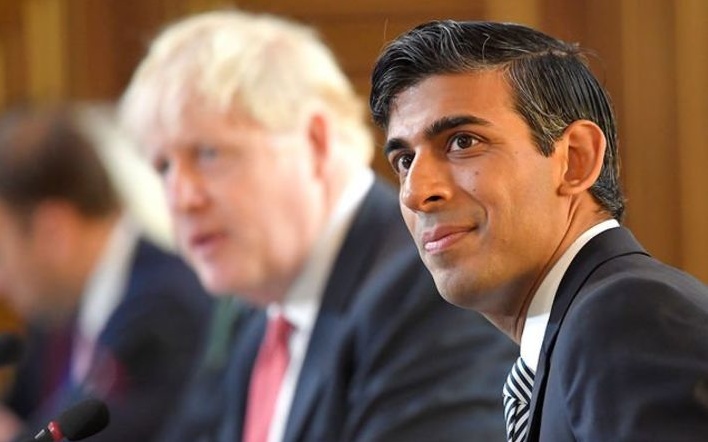 Winter is coming – but don’t blame the unemployed.

As the UK autumn turns cold, its economy is teetering on the edge with the double whammy of a possible No Deal Brexit and the havoc of Covid-19 on the livelihoods of millions of people.

Chancellor Rishi Sunak announced a replacement for the Coronavirus job retention scheme, based on a German-style system of wage subsidies, but the country faces rising unemployment when furlough ends in October and restrictions on the economy tighten.

Economic forecasters predict at least initially a million people will lose their jobs in businesses that rely on mass gatherings: the wedding, exhibition, and festival industries and events, festivals, sports venues, and theaters. But this is just the tip of a deep economic recession not seen in for a generation.

Last week brought job cuts in the arts industry with redundancies at the Victoria and Albert Museum. The Cineworld chain announced on Sunday that it is closing all of its cinemas. A survey found that 42% of small and medium enterprises think they will have a smaller workforce in December than they did in September.

If a vaccine is found after a long, hard winter, it will probably come at the cost of a severely contracted British economy. Even temporary cuts to VAT and stamp duty, along with with the popular “eat out to help out” scheme, will not limit the rise in joblessness.

The Office for National Statistics says that in July, the number of redundancies in the UK was already accelerating at the fastest pace since the financial crisis of 2008, despite more than half of furloughed workers returning to their jobs. Up to 695,000 jobs have been lost from company payrolls since March.

Despite the Chancellor’s new job support scheme, the Bank of England estimates 2.5 million people will be out of work by the end of the year. Gloomier analysts put the figure at almost 4 million – one in eight of the workforce, and a level of unemployment not experienced since the early 1980s.

With mass unemployment expected, many Britons will be exposed to the infamous Universal Credit System for the first time. This offers the lowest levels of payment in the developed world: a single claimant under 25 could get £342.72 per month, with a single claimant over 25 could receive £409.89 per month.

Yet far from considering redress for the jobless, the Government and their friends in certain news outlets are likely to resort to blame. In recent weeks, amid the debate to extend the job furlough, complicit outlets pushed the government line that long-term relief “is not healthy”. This echoed the message of “a senior government source” in May that people had become “addicted to the scheme” and needed to be “weaned” off it. The Times recycled the words amd the Spectator proclaimed that the “furlough would soon be a national addiction”.

Since the return of the Conservatives to power in 2010, there has been the subtle onslaught that being “unemployed” was a shame and the fault of the individual rather than the Government or society at large.

Iain Duncan Smith, the architect of Universal Credit, declared in 2010 that unemployed people should “get on the bus in order to seek work”, even it was at some distance from their homes. The comments echoed the declaration of Norman Tebbit, Employment Secretary in Margaret Thatcher’s government in 1981, that his unemployed father had “got on his bike and looked for work, and kept looking ’til he found it”.

As Work and Pensions Secretary, Duncan Smith pushed the Universal Credit scheme with its significant cuts to disability welfare and the introduction of Employment and Support Allowance, forcing more than a million people back to work with sometimes fatal results. Even when a DWP report found 69 cases of suicide because of the stress, Duncan Smith defended the strategy as “”like a health treatment” and how “work actually helps free people”.

Now in 2020 there will be a further surge of jobless as the Government ends its programs for those affected by the pandemic. “Bottom line, this new labor market support won’t do very much to stem the rise in unemployment,” says Sanjay Raja, an economist at Deutsche Bank.

While Chancellor Sunak’s initial response was wide-ranging and much needed, the latest announcement marks a Conservative return to the Thatcherite approach: allow struggling industries to die, even at the cost of years of more people out of work.

In the first stage of this pandemic, the invocation to use bikes was for health and a sense of community. Now the risk is that it will be used, with a Government struggling to show competence in containing the crisis, to put blame on those who are bearing the brunt of it.