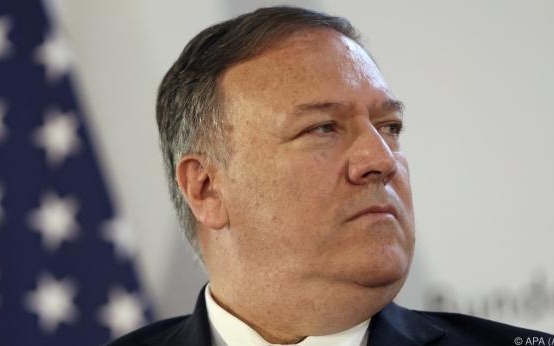 The Trump Administration has suffered a crushing defeat in the UN Security Council over its attempt to extend an arms embargo on Iran.

Pursuing its “maximum pressure” against Tehran, the Administration has campaigned for months for the extension. It was always likely to be vetoed by Russia and China, but Trump officials hoped for majority support from the 15 Council members.

Instead, the vote pointed to American isolation wiht only the Dominican Republican voting Yes, despite softening of anti-Iran rhetoric in the final draft. Moscow and Beijing cast their vetoes, and all other members — including the UK, France, Estonia, and Tunisia — abstained.

Even before the result was announced, US Secretary of State Mike Pompeo berated the other delegations: “The Security Council’s failure to act decisively in defense of international peace and security is inexcusable.”

Dead End for the US?

With the embargo set to expire this autumn, the Trump Administration launched its campaign amid a rise in military tension with Iran at the start of the year.

Washington and Tehran jabbed at each other over the Persian Gulf, and Iran-supported militias fired rockets on Iraqi bases, killing and wounding US personnel. On January 3, a US drone strike assassinated Maj. Gen. Qassem Soleimani, the head of Iran’s Quds Force, outside Baghdad International Airport.

But with the Administration withdrawing in May 2018 from Iran’s 2015 nuclear deal with the 5+1 Powers (US, UK, France, Germany, China, and Russia) and imposed comprehensive sanctions in November 2018, other powers showed little appetite to join the “maximum pressure”.

US officials say they will now try to invoke a “snapback” provision for sanctions under the nuclear deal. They will attempt the argument that despite withdrawing from the agreement, Washington is still a party to it.

Abrams was convicted over his role in the 1980s Iran-Contra scandal which broke US laws and violated the Constitution in an attempt to overthrow the Nicaraguan Government. In the Trump Administration, he has been central in efforts to break the Maduro Government in Venezuela.

Other powers are maneuvering for an alternative. Russian President Vladimir Putin has suggested a video conference summit on Iran. French President Emmanuel Macron, who failed to broker a high-level US-Iran meeting in 2019, has signaled his acceptance. Germany, reportedly involved in an attempt at mediation between Washington and Tehran, has been invited by Putin to join the conference.

But Suzanne DiMaggio, senior fellow at the Carnegie Endowment Institute for Peace, assesses that the Trump Administration will not be receptive.

[This] is a scorched-earth approach, destroying the JCPOA [nuclear deal] in order to make it difficult for a Biden administration, and for the Iranians, to return to it. They’re not concerned with keeping a lid on Iran’s nuclear program. They really want to kill this deal.