Rights and Civil Society: An Interview by the Kurdish Peace Project 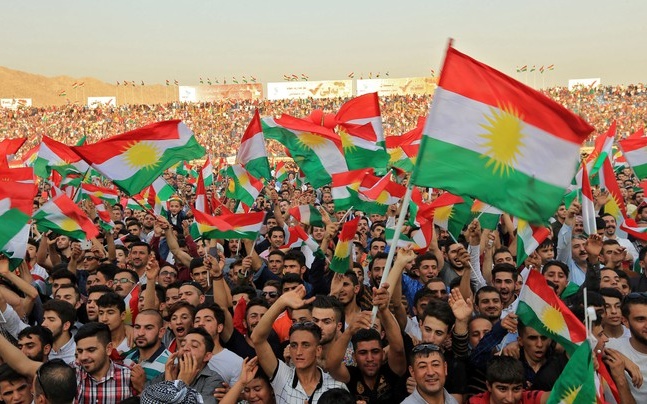 I had the privilege recently of speaking with Dilman Ahmed of the Kurdish Peace Project (Bizava Astiya Navyexi) as the organization launched its website in Arabic and English.

Our discussion, preceded by Dilman’s introduction:

This interview seeks the appreciation and recognition of a humanitarian and civil organization in Iraqi Kurdistan, the Kurdish Peace Project.

Scott Lucas returned to journalism shortly after the 2003 Iraq War, and created EA WorldView in November 2008. Initially, the site focused on American foreign policy, but Scott realized, after events such as the evolving situation in Iraq, the Israel-Palestinian conflict, the 2009 uprising in Iran, and the “Arab Spring”, that learning and understanding had to start with the situation “on the ground”.

This has resulted in his focus, both in his academic work and his journalism, to learn from people in their societies. It includes learning from Kurdish societies about their aspirations, interests, and movements for effective and responsible governance.

This has strengthened his faith, even in the midst of conflict and man-made disaster, in the possibilities of our political and social action based on rights, respect, and tolerance.

This brief interview with Scott sheds some spotlight on his ideas, his vision of current events, and his hope for understanding and peace between peoples, nations, and religions.

Q: Professor Lucas, what is your interest in peace movements and civil society?

A. I have been fortunate not only to work as an academic, studying political movements, but also as a journalist and an activist. So I am a student of the past and the present, hoping for some clues about a better future.

Q: And what is the future for humanitarian organizations and movements for civil society?

A: These are difficult days. There are autocratic governments, not only shutting down dissent but willing to suppress movements with violence. The international community is near paralysis in responding, because of the obstruction of influential powers.

But there are good people who persist each day in providing aid and in maintaining the call for rights and respect. In the darkest of times, they give me hope for a dawn.

Q: Is there any hope for advance in the Middle East?

A: In a broad sense, it is hard to find that hope. The Syrian conflict, in which the Assad regime has killed hundreds of thousands of people and displaced millions, has been a crucible for murder in the cause of suppressing rights. In other countries, governments continue to show more appetite for corruption and discrimination than for the development of a just society in which all can participate fully.

But at the grassroots, men and women persist in their rallies and their pursuit of justice and reform. We have seen that in even the most repressive countries in the Middle East.
The hope of 2011 was brief, but nine years is a short time in the path of history. We are far from the endpoint of that path.

Q: What is your assessment of the relationship between peace movements, civil society, and the Kurdistan Regional Government?

A: In any nation, not just Iraqi Kurdistan, the challenge is for a stable space in which a Government rules because of legitimacy and a respect for the rights of all.

This does not mean a 100% acceptance or 100% rejection of a Government. It means a legal and secure space for negotiation, in which “democracy” is more than a slogan and rights are not expendable.

Q: Is there a special position for Iraqi Kurdish movements, given the place of Kurdistan in the region?

Q: How can Iraqi Kurds benefit from peace movements, civil society groups, and humanitarian organizations in the three other Kurdish nations of Iran, Syria, and Turkey?

A: Rights and justice do not stop at borders. Nor do issues of how to find a non-violent way forward with Governments and authorities. Each of the four countries has a particular, recent history from which lessons can be taken. It is precisely because of the blood lost for those lessons that I hope all, including in Iraqi Kurdistan, can find a better way forward.

Q: What are the common values link Iraqi Kurdistan with Western countries?