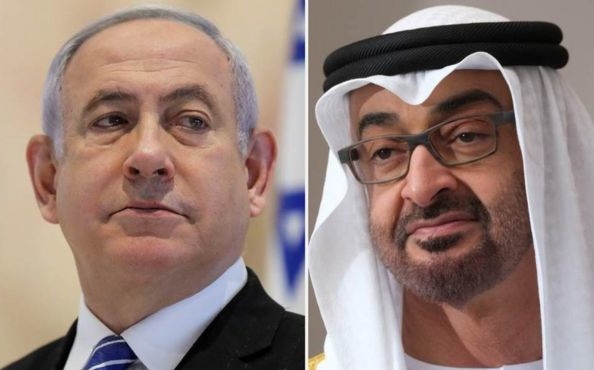 Iran has condemned negotiations between the UAE and Israel, which may lead to the normalization of relations, as “strategic stupidity”.

Seeking a boost in his campaign for re-election, Donald Trump highlighted the talks in a tweet on Thursday, exaggerating their status to say normal relations had been agreed between the Emirates and the Israelis.

In fact, no agreement has been reached. A joint statement by the US, UAE, and Israeli Government spoke of “the full normalization of relations between Israel and the United Arab Emirates” and said “Israel will suspend declaring sovereignty” over Palestine’s West Bank.

But UAE Crown Prince Sheikh Mohammed bin Zayed said the Emirates were only “setting a roadmap towards establishing a bilateral relationship”, with the question of Israel’s position in the West Bank to be resolved.

Facing a possible trial for fraud, Netanyahu praised a historic achievement. However, he did not commit to a permanent suspension of annexation of the West Bank, or to a two-state solution for Palestine.

Still, the Iranian Foreign Ministry, out of concern or an attempt to seize political advantage, declared, “The oppressed people of Palestine and all the free nations of the world will never forgive the normalizing of relations with the criminal Israeli occupation regime and the complicity in its crimes.”

History will reveal how this strategic mistake by the Zionist regime and this act of backstabbing by the Emirates against the Palestinians and, by extension, the entire Muslim community, will conversely result in fortifying the resistance axis.

Warning of the dangerous, “shameful” development of Israel’s interference in “political equations”, the Ministry said, “The UAE government and other accompanying governments must accept responsibility for all the consequences of this action.”

It concluded that the negotiations are a “dagger that was unjustly struck by the UAE in the backs of the Palestinian people and all Muslims”.