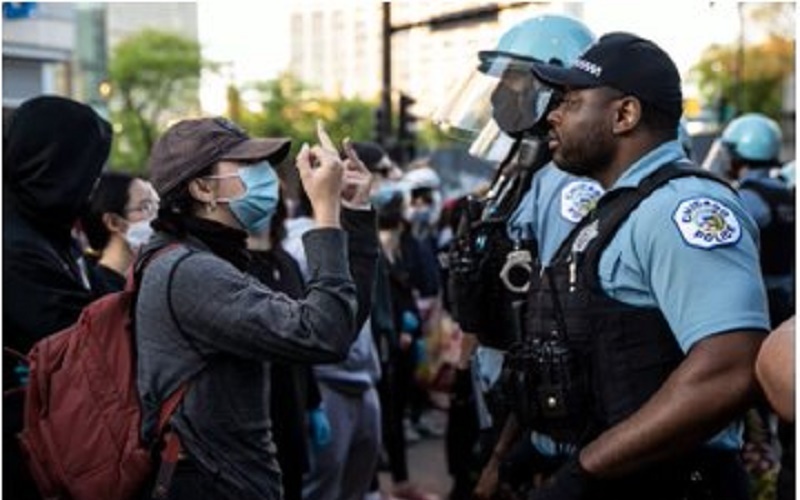 A Chicago police officer is confronted by a marcher in protests over the murder of George Floyd, May 31, 2020 (Ashlee Rezin Garcia/Chicago Sun-Times)

Written for America Unfiltered, the joint project of EA WorldView and The Clinton Institute:

In recent weeks, the world has watched American cities boil over in protests sparked by the homicide of George Floyd and propelled by revelations of a string of other police murders, including that of Breonna Taylor, Rashard Brooks, and Tony McDade. The burgeoning movement has largely been hailed as a catalytic moment for effecting purposeful social change and has popularized a new clarion call — “Defund the Police”.

Mainstream discourse about defunding the police may strike many as a gleaming new arena of political and social discourse. It is not.

Its proponents are calling for police departments to be stripped of their tumescent budgets, with funds reallocated for social investment in areas like public education, community health services, and affordable housing.

For many organizers within the Black Lives Movement, critical thinking that questions the scale and purpose of police operations requires a detailed reappraisal. This is in conjunction with the elimination of ubiquitous threats of violence, codified in racialized policing practices.

Within this broader social framework, questions should also be asked of the role that black police officers can play in effecting more harmonious police-community relations. 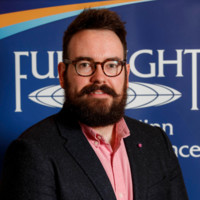