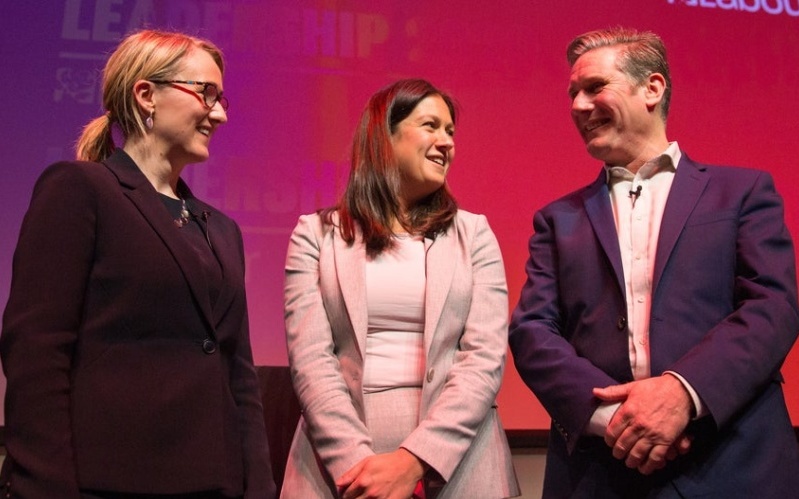 After Saturday’s leadership election, most eyes will be on Keir Starmer, the victor in the contest with Nandy and Rebecca Long-Bailey.

But Labour’s challenge, following Brexit turmoil and a disastrous election result in December, rests on more than Starmer. A team with expertise is needed, to deal with internal splits, to present coherent policies, and to show calm and competence in the unprecedented time of Coronavirus.

So Nandy remains in the frame. Her platform, including the rebuilding of towns and the tackling of anti-Semitism, has translated into a prominent position in Starmer’s Shadow Cabinet — albeit as Shadow Foreign Secretary rather than a domestic portfolio.

Born in 1979 in Manchester, Nandy is the granddaughter of a Liberal MP. She worked at the charities Centrepoint and the Children’s Society and served as a councillor in London’s Hammersmith and Fulham before winning the seat of Wigan in the 2010 election. She was briefly in Jeremy Corbyn’s Shadow Cabinet from 2015, resigning to support Owen Smith’s failed challenge to Corbyn the following year.

Nandy’s focus, during the Brexit debacle and anti-semitism row and after the 2017 general election, was to keep voters in the Labour Party. Now it is to bring them back.

After the crumbling of Labour’s “red wall” in the Midlands and the North, her talk is of a “red bridge” to reclaim the economic power of the towns and to reconnect those who believe they have been left behind. Her constituency of Wigan is a model, in the top five areas for lowest wages in the UK.

In a speech in Dagenham, Nandy summarized “the reality is that path back to power runs not along our red wall but across a red bridge, one that connects our towns and cities and stretches from Dagenham to Fulham, Aberdeen to Glasgow, Cardiff to Wrexham.”

That reconnection includes investment in infrastructure, including in train stations and bus routes. She argues that “60% of the UK population use buses as public transport, with this being their only public transport source.’

Conservative supporters, such as Julia Hartley-Brewer of talkRADIO, brush aside the significance of the economic approach: “I don’t think her red bridge is the appeal, it’s her personality.”

And Nandy is gambling that voters, who have previously rejected plans for increased taxation, will now accept this to pay for the stimulus increasing wages.

Meghan Cole, chair of the Labour Society at the University of Birmingham, thinks it is a bet worth making: “Plans for towns and building on local power and our smaller communities are what is needed.”

Beyond the economic front, Nandy is hoping that Labour will now successfully deal with the anti-semitism issue that has damaged the party’s reputations and fortunes.

Having received the endorsement of the Jewish Labour Movement in the leadership campaign, she blamed Corbyn and “a collective failure of leadership at the top of the party for years where high-profile cases have not been dealt with”.

Ben Lockley, a Labour councillor in Home Valley in West Yorkshire, believes that Nandy will benefit from not serving in Corbyn’s Shadow Cabinet since 2016: “Lisa is also the best candidate to rebuild the Labour brand within the Jewish community.”

Lisa Nandy was defeated on Saturday. Her time as a Labour Leader could still be ahead of her. But already she has a big part to play in a Keir Starmer remaking of the party — and possibly the country.

David Atikins is studying Politics and International Relations at the University of Birmingham. He is a journalist with the Redbrick newspaper and hosts the Political Radio Show on Burn FM.