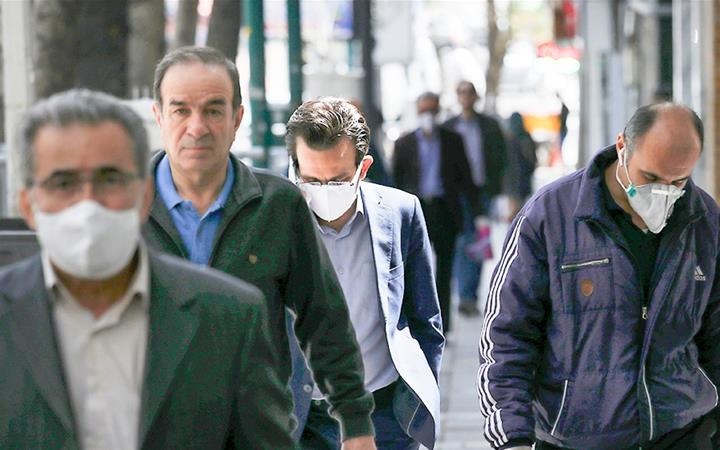 The Health Ministry says the death toll is 4,474, an increase of 117 from Saturday.

Despite the ongoing rise in the Coronavirus death toll, Iran’s Government has authorized the re-opening of “low-risk” businesses.

Concerned about the effect of closures on the crippled economy, President Hassan Rouhani confirmed the lifting of the closures on Saturday for all areas except the capital Tehran.

Rouhani said earlier in the week that “low-risk” activity will resume in Tehran on April 18.

Businesses allowed to reopen include bookshops, clothes shops, and printing houses. In Qom, the holy city of 1.2 million which was the epicenter of the initial outbreak, about 24,000 businesses have resumed trade.

See also Iran Daily, April 11: “It Has Been Too Late” — 1st-Hand Stories of the Coronavirus Crisis

After 10 days of decrease, the number of deaths has gradually been rising since Thursday.

But Iran is facing long-term problems with trade, inflation, investment, employment, and currency, and the Supreme Leader has commanded a year of “Surge in Production”.

Government spokesman Ali Rabiei said Saturday: “In case of a long-term shutdown, some 4 million people could be out of work….Four million non-state employees face stoppage or reduction in activities, reduction of salaries and expulsion.”

So Rouhani has swung between declarations the Coronavirus will ease in “two to three weeks” and a warning that a “major part” of the economy had to be shut down.

Last week he settled on the declaration of “Smart Social Distancing”, with the reopening of the businesses. He has urged Iranians to observe guidelines for distancing, while continuing to refuse any quarantine orders.

On Saturday, Roo=uhani proclaimed to the National Task Force for Fighting Coronavirus

Based on their studies in Iran and by exchanging their experiences and research with other countries, our specialists and doctors have been able to come close to the behavioral methods of the virus and the ways to deal with its spread, which is very important.

He maintained his emphasis on social distancing:

Education and information are of special importance so that people can follow the protocols related to their own businesses….

There are still restrictions on gatherings and high-risk centers. People should not leave their homes for unnecessary work. The authorities still expect people to be careful in observing the protocols.

Schools and universities are still closed, and public events such as Friday Prayers suspended. About 2/3rd of Government employees are working from home.

Authorities have also tried to restrict travel between cities, but have reportedly struggled with Iranians defying the measures.